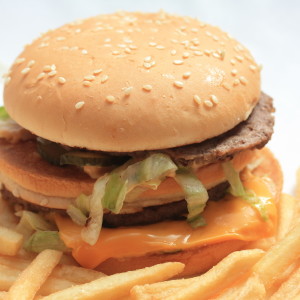 In June of last year, Pennsylvania residents received some disturbing news about hospitals in their state.

A report by the Patient Safety Authority, an independent government agency, found 285 instances of patients with specific dietary needs being served the wrong food between 2009 and 2014. The most common cases, eight of which resulted in “serious harm,” involved meals delivered to people with an allergy to something on their tray — typically, one documented in medical records.

One patient allergic to fish was served seafood, requiring multiple medications and intensive care after a life-threatening reaction.

Another, who couldn’t have pineapple, nevertheless received it in a fruit cup and promptly landed in a critical care unit.

These individual stories attracted media attention — the Philadelphia Inquirer called them “no laughing matter” — but the Safety Authority study offered a broader lessen as well. It’s one with huge implications for hospitals across the nation.

According to the report, “Limited guidance has been published to aid healthcare institutions in the reduction of dietary errors.” In fact, at a time when food allergies are an increasing public health risk, accrediting organizations and regulatory bodies “do not specifically address how to ensure the right diet or tray is delivered to the right patient.” Individual hospitals have found successful strategies — one in Tennessee hangs “diet wheels” on patients’ doors to indicate their food restrictions — but these practices aren’t standardized.

Concern about dietary errors is one small part of a growing consciousness about the shortcomings of hospital food, which has long had a bad reputation in America and elsewhere. Multiple studies over the past decade exposed instances when it threatened patients’ health, including last month’s damning report from the Physicians Committee for Responsible Medicine on “the most hazardous hospital food environments in the United States.” Experts say patients benefit from a rising movement to improve what’s on their plates, but hospitals typically limit what’s known about this food by declining to release key information to the public.

It was only through Freedom of Information Act requests that the Physicians Committee obtained menus from 24 health centers across the country and concluded, “Disease-promoting meat and dairy products are the norm on most patient menus, and at least 42 hospitals still have Chick-fil-A, McDonald’s, Tim Hortons, and Wendy’s fast-food restaurants.”

These facilities “put patients and the community at risk for obesity, diabetes, and heart disease,” according to the group’s study.

Asked why so many hospitals have bad food, the Physicians Committee’s senior dietitian Karen Smith told InsideSources it often has to do with their location and surrounding culture. Health centers in the south, for example, where fried food is traditional and obesity rates are higher, tend to have unhealthier offerings. Oftentimes, Smith said, it’s because patients demand them — but that doesn’t make it right.

“I often compare it to cigarettes,” she said. “Decades ago, people were allowed to smoke in hospitals. Now that wouldn’t be acceptable by anyone’s standards.”

The desire to cut costs has also been a factor in hospitals’ decisions, according to Tom Warren, chief operating officer at the Boston-based food service management company Unidine.

“In the late 1970s and early 1980s there was a lot of fresh food in hospitals cooking from scratch,” Warren told InsideSources. “Then as time went on and healthcare cost reimbursements shifted we began to see some cost pressures in food nutrition serve departments within hospitals. … It was not only that processed foods began to be used, but there were some technologies that were tested — central kitchens and commissaries with cooking in bulk and re-heating it in a hospital on a tray. It was very cost effective.”

Jim McGrody is earning national attention for doing just that. He’s the director of culinary and nutrition services at Rex Healthcare in Raleigh, North Carolina, one of “a growing number of hospitals nationwide that are tossing out their fryers and adopting hotel-style ‘room service’ where patients can order food anytime from a large menu,” according to Kaiser Health News. 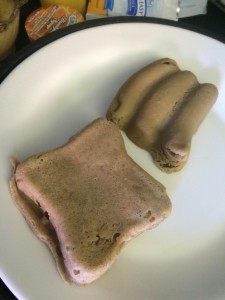 Pureed french toast and sausage reformed with molds to be served to a patient unable to swallow solid foods.

Notwithstanding southern comfort food, McGrody told InsideSouces this trend is being driven by patients in an increasingly health-conscious country. He believes part of his success comes from his individualized approach — the recognition that different patients will want different foods with different dietary restrictions. Making this work requires “a full-blown culinary training program” for employees, a relatively new phenomenon in hospital food preparation.

But McGrody said it’s paying off big time, with some Raleigh residents frequenting his cafeteria even when they’re perfectly healthy. “People come here just to eat,” he said.

For patients, McGrody believes better food can dramatically improve the hospital experience. “There’s only two things they can really have an opinion on in the hospital: food and whether the room’s clean,” he said. When a meal is delivered, “We want the patient, for one moment, to forget they’re in the hospital, because nobody wants to be here.”

In addition to efforts like McGrody’s, the Physicians Committee recently launched an advertising campaign to shame the 20 hospitals nationwide that host Chick-fil-A. The ads carry the slogan “Eat More Chickpeas” and use the hashtag #FastFoodFree. Part of their rationale is research showing that parents who bring their children to hospitals with fast food were more likely to think that food was healthy.

More broadly, though, the reality for activists and scholars focused on hospital food is that there isn’t much data on the topic. That’s according to Dr. Lenard Lesser, a research physician at the Palo Alto Medical Foundations Research Institute who’s done two studies on the subject.

Asked about the relationship between hospital food and patient recovery, Lesser said, “I really don’t know that we have research or an answer on that. I just don’t think there’s been enough interest in figuring that question out. I think it’s ripe for study.”

There are cases where food and recovery appear to have a correlation. For example, a patient unable to swallow solid food may be left with a choice from the hospital between unappealing pureed foods and a feeding tube. In one case noted to InsideSources, a family has opted to bring homemade soups to the hospital daily because a patient cannot eat the hospital options for patients with that condition.

Lesser stated that it’s unclear how research on the topic would be funded. “If we can show that food in hospitals affects patients’ health then maybe we could get some grants,” he said, “but it’s somewhat of a difficult question to ask because also have to follow patients and get their impressions on their long-term diet.”

To begin with, Lesser would like to see a “national repository” of what hospitals are serving. “Hospital food could be analyzed, and there could be grades, and it could be associated as a quality measure,” he said.