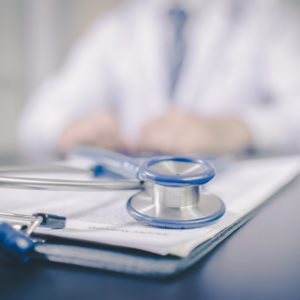 It’s always interesting when physicians ask, “How can we reduce health care costs?” I usually begin, “Well, you do realize you’re the costs, right?”

Physicians are only part of health care spending (22.3 percent in 2015). But the first task in cost-cutting involves taking a scalpel to spending on doctors, along with hospitals (34.8 percent). But pay doctors less for their time and you’ll get an exodus from the profession. These are smart, accomplished people who can find other ways to earn a living.

A better answer lies in shifting some tasks from the physician’s calendar to non-physicians (like nurses or technicians), intelligent machines (like computer diagnostics), or patients themselves (by using home diagnostic equipment, for example). Digital technologies make this possible in previously unimaginable ways.

What about the rest of health spending? Prescription drugs are tempting, but only amount to 11.9 percent of health care spending. Despite common perceptions, pharmaceutical manufacturers earn middling profits, given their risks. Slash their earnings, and you’ll likely get fewer and less effective drugs.

No doubt, we can find some cost improvements in nursing and continuing care (5.8 percent); dentistry (4.3 percent); home health care (3.3 percent); and other miscellaneous expenses, including medical equipment (13.2 percent). But these are not game-changers.

So let’s return to doctors and refashion health care reform in terms of a “Calendar Test” — in other words, by shifting items off the doctor’s calendar and onto non-physicians, smart machines and patients. This admittedly crude criterion asks, “Does this cut costs by clearing doctors’ time without compromising the quality of care?”

Now, imagine someone hands out four gift coupons, good for one visit with this doctor today. There are four possible responses. First, the doctor can work an extra hour — which increases costs. Second, the doctor can squeeze the extra patients into the five hours by shortening all visits to 12.5 minutes — thus compromising the level of care. Third, the doctor can cancel four previously scheduled patients — obliterating their care altogether.

Now, extend these gift coupons to every doctor in America, every day of the year, forever. This is essentially what the Affordable Care Act (or “Obamacare”) did, by promising coverage to 20 million or 30 million extra people and dozens of free services to all Americans.

The ACA made these promises but didn’t significantly increase the number of doctors or other health care resources, or change how we use those resources. In fairness, the same can be said of most conservative proposals to repeal and replace the ACA. And it’s absolutely true of single-payer proposals.

Fortunately, there is a fourth option in our thought experiment: to alter the delivery of care to lighten doctor’s calendar. Take one patient off the doctor’s calendar and have him treated by a nurse practitioner. Shorten several patients’ visits by using computerized diagnostics or record-keeping rather than the doctor’s scarce time. Enable patients to handle some of their own care via intelligent home diagnostic devices. All of these pass the Calendar Test.

By the way, none of this is likely to actually reduce America’s spending on health care or put doctors out of work. Our high level of spending as a share of the economy mostly results from the fact that we consume more of just about everything than other countries do (because we don’t save as much) and because we have loads of wealth and are willing to spend it on all sorts of consumption goods — including health care.

Changes that pass the Calendar Test won’t likely cut overall spending. But they are likely to provide better care for more people at lower cost.