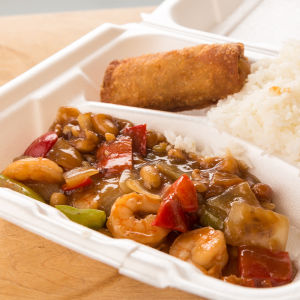 Businesses are now banned from using containers like these in the nation's capital and several other cities across the country.
News

Why D.C. Joined Cities Across the Country Banning Styrofoam

The District of Columbia enacted an inside-the-Beltway ban on the material — technically, a form of closed-cell extruded polystyrene — as of Jan. 1.

“Foam is easily blown by wind or washed by rain into our storm drains and water bodies,” Tommy Wells, the District’s director of energy and the environment said in a statement. “Over time, foam litter breaks into small pieces that are difficult to remove from the environment and harmful when eaten by wildlife.”

“Also, it’s a visual pollutant,” he told InsideSources. “When we look at our rivers — the Potomac River is one of the most famous rivers in America — to see it full of trash isn’t something we want.”

Wells’ department went door to door notifying businesses about the ban last year, and he said “there’s been almost no pushback” on the new policy. Many establishments no longer used foam anyway, and others were willing to embrace a change that doesn’t cost them much more money.

Still, some critics lament the loss of styrofoam as a cheap option. They also say it’s better at keeping food warm than many environmentally-friendly alternatives.

“I’m well aware that there are premium paper products,” said Walter Olson, a senior fellow at the libertarian Cato Institute who opposes styrofoam bans. “On the other hand, if you go to a lot of places where every penny counts, if you drive around in Appalachia and so forth, you find people using a lot of different things, including some very flimsy paper, because it’s cheaper.”

Olson, who said he isn’t an expert on the environmental effects of styrofoam, argued that a ban might be accepted in affluent, educated areas but it would face hostility in more working class communities.

“It’s just hard for me to see it in a place like Detroit where people spent a lot of time in their cars and takeout food is very important,” he said.

In places like D.C., which thinks of itself as on the progressive vanguard, Olson called the policy a form of “cultural signaling … in which elected officials or residents themselves can signal that they are virtuous by supporting measures that don’t really involve that must sacrifice.”

There’s some truth to that. D.C. Council member Mary Cheh literally said Washingtonians “can feel better about themselves” as a result of the ban. At the same time, the District government insists the policy will have tangible effects, and Olson acknowledged his opposition is more philosophical.

“I would be against it in principle because the merchants and customers deserve a chance to make their own choices on this,” he said. “I would put a strong burden of proof on those who said ordinary products should not be allowed to be sold or used.”