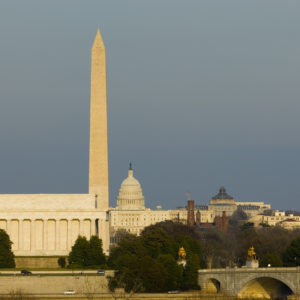 Washington, D.C., has been experiencing a violent crime spike this year, and now its mayor is looking to reassure residents that she’s taking the situation seriously.

In an email newsletter Wednesday, Muriel Bowser told Washingtonians, “my top priority is your safety. … I want you to know that my Administration is working around the clock to prevent crime, respond swiftly when it happens, and hold criminals accountable.”

The District has had 91 murders since the beginning of 2015 — almost 30 percent more than at this time last year. Other big cities across the country have also seen violent crime increase, but at a news conference on Thursday Bowser called the trend unacceptable. The mayor had just come from a meeting with public safety officials and, as the Washington Post reported, she offered a preview of new actions her administration may take in the coming days:

Following the meeting, she told reporters that the police chief was continuing to review deployment strategies and that officials were considering “preventive measures” such as better lighting and cameras in public housing and high crime areas. Bowser also said her team is examining potential legislative changes that could facilitate police efforts—and that they are focused on making sure the existing system for arresting and prosecuting violent criminals is working “as it should.”

As the Daily Caller noted, the mayor indicated that she may push for changes to D.C.’s gun laws, although she didn’t offer details about what specifically she’s considering.

Earlier this month, D.C. Police Chief Cathy Lanier hosted a summit of law enforcement officials from across the country to address the crime spike.

“We had this meeting as an urgent summit because we felt the sense of urgency because people are dying,” Lanier said after the gathering. She noted that this type of violence hadn’t been seen in decades and cities aren’t exactly sure what’s to blame. However, the Post reported that the proliferation of guns was a major concern for many cities: “Among the recommendations that came out of the summit, the chiefs called for more stringent gun laws, including harsher penalties for gun crimes and the use of high-capacity magazines.”

In her newsletter, Bowser said the Metropolitan Police Department has increased its foot, bike, and Segway patrols:

We are beefing up our patrols in neighborhoods that have experienced higher levels of crime. And we are using every tool at our disposal to prevent the violence that occurs from synthetic drugs – including our new law that punishes bad acting businesses that sell these extremely harmful and dangerous substances.

Any further legislative action the District might pursue will have to wait until the D.C. Council returns to session next month.