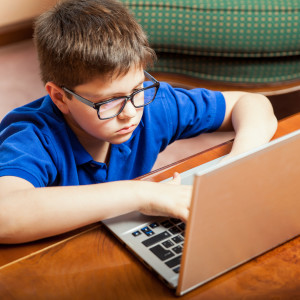 Schools in the Washington, D.C. area are pushing the Federal Communications Commission to expand the agency’s phone service subsidies program for low-income Americans to include broadband Internet.

“Lifeline support for broadband service, including wireline and wireless services, will create communities of lifelong learners and support systems that can further raise achievement and success throughout the country,” a letter from almost 200 local school district superintendents to the FCC reads.

Educators said expanding the Lifeline program is crucial to closing the “homework gap” facing students in low-income households unable to afford Internet access, a resource increasingly necessary to complete assignments outside of school.

According to another group’s recently submitted comments to the FCC, seven out of ten teachers assign homework that requires Internet access.

“Having access to broadband internet at home will increase connectivity and opportunities for those who play vital roles in the lives of students outside the classroom — parents, guardians, other relatives, and community members,” the letter, sent in September but released this week, said.

The Lifeline program currently provides subsidies to low-income Americans to help offset the price of telephone service. Democrats on the commission voted in June to begin the process of expanding the program to include subsidies for broadband Internet service, something they argue is a necessity in today tech-driven economy.

The Alliance for Excellent Education and the Leading Education by Advancing Digital Commission, the organizations responsible for drafting the letter, said access to technology outside the classroom is even more important than in.

“Sadly, many students do not have broadband access at home and cannot complete assignments and supplement their learning outside school,” the groups said. “If the nation wants to produce globally competitive graduates with twenty-first-century skills and competencies, this ‘homework gap’ must be addressed.”

The FCC’s E-Rate program already helps provide broadband to schools and libraries, but those are only two of the “three-legged stool, where all of the pieces need to be present for success: broadband in school, broadband in the library, and broadband at home,” Democratic FCC Commissioner Mignon Clyburn said earlier this year.

FCC Chairman Tom Wheeler agreed, and said those paying into the subsidy should “know that their support is going to go help students learn.”

“We all agree that we have entered the broadband era — except Lifeline has not,” Wheeler said in a recent statement. “The transformation from a voice-based service to a broadband-based service is key to Lifeline’s future.”

The two along with Democratic FCC Commissioner Jessica Rosenworcel, who recently noted 5 million out of the U.S.’s 29 million households with school-aged children lack access to broadband, voted to open a window to hear public comment on the proposal in June.

The Republicans including FCC Commissioner Ajit Pai don’t agree, and say the program, already rife with fraud and abuse, needs to be reformed and capped before it can be expanded.

“Today, Lifeline spending and enrollment are still almost double what they were at the end of 2008,” Pai said earlier this summer. “Waste, fraud, and abuse are still rampant. And in a report issued earlier this year, the nonpartisan Government Accountability Office (GAO) ‘concluded that the Lifeline program, as currently structured, may be a rather inefficient and costly mechanism to increase telephone subscribership among low-income households.’”

“Let me be clear. I am open to having a conversation about including broadband in the Lifeline program,” Pai said. “But any such change must go hand-in-hand with the reforms that are necessary to producing a fiscally responsible program. And this proposal fails that basic test.”

The Lifeline program was enacted in 1985 to help low-income Americans get telephone service by providing them with a subsidy to help cover the cost. The program was expanded to include cell phone service in 2005, and after the housing and financial crisis began in 2007, grew exponentially in use and cost. The Lifeline budget rose an average of more than 25 percent per year from $821 million in 2008 to $2.1 billion in 2012.

Part of the rise in cost came from widespread fraud and abuse across consumers and wireless providers. According to the FCC, 41 percent of the program’s more than six million subscribers in 2012 failed to provide eligibility documentation, with many subscribers enrolling multiple times with falsified information to obtain the free cellphone and $9.25 monthly subsidy. Meanwhile, wireless providers including Conexions Wireless, I-wireless and True Wireless were enrolling the same customers multiple times for profit.

The FCC implemented reforms in 2012, including a database to prevent duplicate enrollees and fining providers $96 million for negligence and fraud, and brought the cost of the program down to $1.6 billion in 2014. Lifeline is paid for by the FCC’s Universal Service Fund, made up in part by a “universal service fee” attached to Americans’ monthly phone bills — typically a few dollars based on a percentage of the total bill.