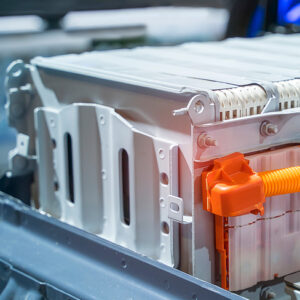 Dark Clouds on the Horizon for Electric Vehicle Batteries

The move to renewable energy sources and electrified transportation constitutes a megatrend, a global seismic shift in energy production, storage and consumption.

But there are dark clouds forming, clouds reminiscent of another time.

The United States has handed over the supply chain for this future to offshore suppliers of the critical materials used in the workhorse of the megatrend, the lithium-ion battery. These include lithium from South America and Australia; cobalt, primarily from the Democratic Republic of the Congo; nickel, copper, phosphate and manganese from countries where relations could sour overnight. Nickel from Russia, for example, is off the market because of the country’s invasion of Ukraine.

An additional concern is the role of China in processing these materials, many of which end up in Chinese-made batteries. Australian mines produce just under half of the global lithium supply, but most of that is exported directly to China for processing.

Another concern is that many mines producing critical materials have been bought by the Chinese. The Chinese role in the global supply of essential commodities is ubiquitous. Whether these come from Africa, South America or elsewhere in Asia, China has a presence.

As attendees of a virtual press briefing, which I organized and hosted last month for the United States Energy Association, heard, the relentless growth in demand for the lithium-ion battery has put the supply chain under severe pressure. Lithium-ion batteries owe their huge demand to their light weight. At present, there is no alternative in transportation that offers the portability of these batteries.

But when it comes to utility storage of electricity, where weight is not an impediment, quite a few technologies are in the wings. One, iron flow, is held up only by domestic supply chain issues, according to Eric Dresselhuys, president of ESS Inc., a leading supplier of long-duration energy storage. This technology has additional advantages, because the drawdown time is longer than the two to four hours for a lithium-ion battery. The drawdown is eight to 10 hours, and all the components are sourced domestically, according to Dresselhuys.

Another storage technology is the old standby for starting cars: the lead-acid battery. John Howes, president of Redland Energy Group, points out that for stationary uses, lead-acid has many advantages, high among them is that there is a complete recycling regime in place — something in its infancy with lithium-ion. Obviously, there are weight issues with lead-acid batteries and iron batteries, but these aren’t at issue in storage for utility operations — vital for wind and solar generation.

During the height of the energy crisis in the 1970s, I once asked the chairman of Gulf Oil over dinner if the oil industry had ever consulted with the automobile industry on expected future demand for gasoline. His answer: “No.”

Out of curiosity, I pursued the subject and asked automobile manufacturers if they had ever questioned oil companies about whether there would be enough fuel for their cars. Detroit’s answer: “No.”

Both parties went along expecting the other would be there, playing their complementary roles: Oil companies producing enough product to meet the demand of an ever-growing population of internal combustion engines.

These parties, with everything at stake, relied on the unseen hand of the market to provide for the other in a synchronized symbiosis. With a few tough spots, that had worked since the early days of the automobile.

It all came crashing down when a third and unexpected force upset the market: the Arab oil embargo. That not only produced immediate dislocation in supply and demand, but it also pointed up underlying resource concerns.

The demand for lithium-ion batteries is likely to keep up. In a recent study, McKinsey & Co. predicts stress, but it is hopeful that new lithium mining techniques may help alleviate the possible shortage.

McKinsey sees a huge increase in demand during this decade, without allowing for disagreements between nations, and disruptions stemming from geopolitics.

The assumption has been that there would be enough production of lithium-ion batteries to shoulder the responsibility. Now comes a reckoning, also triggered by a political action like the Arab oil embargo.

There was no real substitute for oil, but there are many better technologies and cutting-edge companies working hard at finding alternative batteries. That will take time.

In the short term, your EV may cost more than it should, and it may be hard to get hold of one.