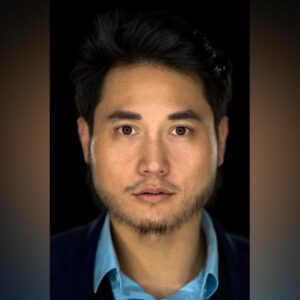 Dartmouth College canceled a planned in-person appearance by conservative journalist Andy Ngo Thursday night in response to threats of violence from the left-wing activists who call themselves Antifa.

Now a pro-free-speech watchdog group says it is investigating the liberal college’s handling of the event.

Ngo is best known for his aggressive coverage of violence committed by groups on the political left like Antifa. He has been the victim of physical attacks and threats as a result. Ngo and former Antifa activist Gabe Nadales were scheduled to discuss extremism in America Thursday night on the Hanover, N.H. campus. The event was hosted by the Dartmouth College Republicans and conservative activists at Turning Point USA.

A college security officer told a reporter for InsideSources covering the event that it had been canceled and was moved to an online appearance. When asked why, he replied, “That’s a decision above my pay grade.”

Dartmouth College’s Associate Vice President for Communications Diana Lawrence said the event was moved online after it became clear it could not be held safely in person.

“In light of concerning information from Hanover police regarding safety issues, similar concerns expressed by the College Republican leadership, and challenges with the student organization’s ability to staff a large public event and communicate effectively (including dissemination of the visitor policy and a prohibition on bags in the building), the college has requested that the ‘Extremism in America’ panel be moved online,” Lawrence said.

Ngo noted the irony of Dartmouth’s decision. “An event on violent extremism was threatened by violent extremists. It’s a cliche,” he told InsideSources. “Why did the college wait until two hours before the event to drop the ultimatum on organizers and speakers? Dartmouth College’s decision actually gives a blueprint for extremists to shut down future events.”

Now the Foundation for Individual Rights in Education (FIRE) says it is investigating the incident.

“Threats of violence are never an appropriate response to speech you oppose and must not dictate who may speak, or what may be said, on a college campus. Universities should not reward those who threaten violence by canceling controversial speakers,” said FIRE Program Officer Zach Greenberg. “We must remain vigilant against universities citing safety concerns as a pretext to censor unpopular expression, and must ensure that those seeking to impose a “heckler’s veto” cannot succeed in doing so.”

In the days leading up to the event, members of Antifa organized a counterprotest, with some making threats to stop Ngo at all costs.

“When you enter our home you play by our rules, not yours,” the Northeast Antifa social media account posted. “New England is anti-fascists, and we will hold that line till death.”

The Green Mountain John Brown Gun Club stated online it “called up reserves” of Antifa super soldiers to be on hand for the event. A member of a Portland, Ore. Antifa group, Jonathan Dylan Chase, offered money for anyone who managed to assault Ngo during his Dartmouth appearance.

Antifa is a decentralized organization of people who claim to be anti-fascists and has been at the heart of violent street protests for years, clashing with both innocent political protestors and aggressive white supremacists along the way. Members of Antifa have engaged in violent protests in Portland, Ore. over the past few years, where Ngo gained fame covering clashes between Portland’s Antifa and white supremacists like the Proud Boys.

Ngo has been accused of serving as a propagandist for the Proud Boys in exchange for protection at the protests, something he has denied. Ngo was assaulted by Antifa protesters in 2019 in an incident in which he was punched repeatedly and hospitalized due to his injuries.

Dartmouth, once a bastion of free speech, has evolved like many progressive campuses into hostile territory for speakers from the right. FIRE ranks Dartmouth 63rd in the nation for its campus culture supporting free speech. According to FIRE’s Disinvitation Database, Dartmouth liberals canceled plans for former President George H.W. Bush to give the commencement address in 2011.

Lawrence said the college strives to make sure all viewpoints are heard on campus, so long as it can be done safely.

“Dartmouth prizes and defends the right of free speech and the freedom of the individual to make their own disclosures, while at the same time recognizing that such freedom exists in the context of the law and in responsibility for one’s own actions,” Lawrence said. “The exercise of these rights must not deny the same rights to any other individual.”

It is not clear how Ngo’s appearance on campus would deny the rights of anyone else, his supporters note.