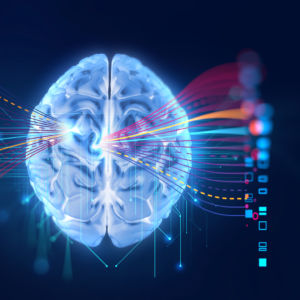 Patient-oriented data visualization departs sharply from Western medicine’s 2,500-year legacy of paternalism. Since Hippocrates, medicine’s overarching assumption has been that physicians are vastly better informed than patients and that patients ought to obediently take orders from physicians. The Hippocratic Oath and later tracts codified the notion that physicians should even withhold information from patients — in part to keep them ignorant of decisions over which they were deemed incompetent to participate.

In December 1963, economist and 1972 Nobel laureate Kenneth Arrow penned the founding document of modern health economics (“Uncertainty and the Welfare Economics of Medical Care”). This article popularized the notion that healthcare differs from other industries because its producers (physicians) possess information that is vastly superior to that held by its consumers (patients).

Physician Peter Ubel wrote, “When my father first practiced medicine in the 1950s, his pharmaceutical armamentarium included a handful of antibiotics and 2 or 3 antihypertensives. The most expensive diagnostic tests were plain film radiographs.” From then until today, medical knowledge grew far more complex. No physician could possess more than a small fraction of total medical knowledge. In the latter half of this post-Arrow world, the information technology revolution vastly increased laypeople’s access to medical information and to data on their individual health metrics.

Patients are taking greater responsibility for their own health, both because physicians are stretched thinner and because information technology gives patients previously unimaginable knowledge and power. It is also clear that laws, regulations and medical custom artificially discouraged patients from assuming more potent roles.

The challenge now is to compress complex information into forms patients can readily comprehend and use. Involution Studios is one of many companies engaged in this process. Its website (goinvo.com) features a powerful graphic, designed by Edwin Choi and Juhan Sonin, titled “Determinants of Health.” Several hundred factors that determine an individual’s health, and interlocking relationships between those factors, are imbedded in a pie chart that tells why health varies from individual to individual.

Individual behavior (smoking, guns, sleep patterns, etc.) determines 38 percent of the variation. Social circumstances (friendships, family, literacy, etc.) explains 23 percent. Genetics and biology determine 21 percent and environment 7 percent. Only 11 percent of the variation derives from medical care. An individual striving for better health would do well to study this chart. From my own experience, the chart unnerves many physicians, surprised by their own modest influence on health and uncomfortable with their lack of training in many of the key determinants (nutrition, to name one).

Real patient self-determination will come from possessing and comprehending finer-grained data. Information technology breakthroughs are greatly expanding data available to patients. Jawbones and FitBits are the tip of the iceberg; other devices allow continuous monitoring of blood pressure, heartbeat patterns, glucose and more.

Thanks to human evolution, we absorb quantitative information best through visuals rather than through cumbersome text-based sources. Involution Studios has produced the “hgraph,” an open-source visual tool found on their website, that squeezes the complexities of a patient’s metrics into an easily interpreted graphic form. Patients can view the broad trends of their health data or zoom in highly specific measurements. Yet another Nobelist, physicist Richard Feynman wrote, “Mathematically equivalent information formats need not be psychologically equivalent.” The hgraph allows patients to see, to visualize the minutiae of their health — very different from reading about it in dense paragraph form. Involution also produces “care cards” — a prototype for future digital cues for planning one’s health.

The question is how to get these tools into patients’ hands and to integrate them into their daily lives — when they are healthy as well as when they are sick. Our current system of healthcare payments does not yet incentivize the use of such tools, but that is likely to change before long.