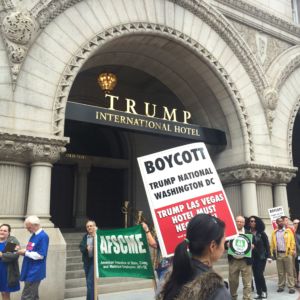 The Donald Trump hotel in Washington D.C. was surrounded Thursday by union protesters as a result of a labor dispute happening across the country.

Washington D.C. labor unions protested the hotel as a sign of solidarity with Las Vegas workers. Unite Here has fought to unionize the Trump hotel in Las Vegas but management has resisted. Hotel management has ignored a successful representation vote and calls by federal officials to recognize the union and its local chapters. 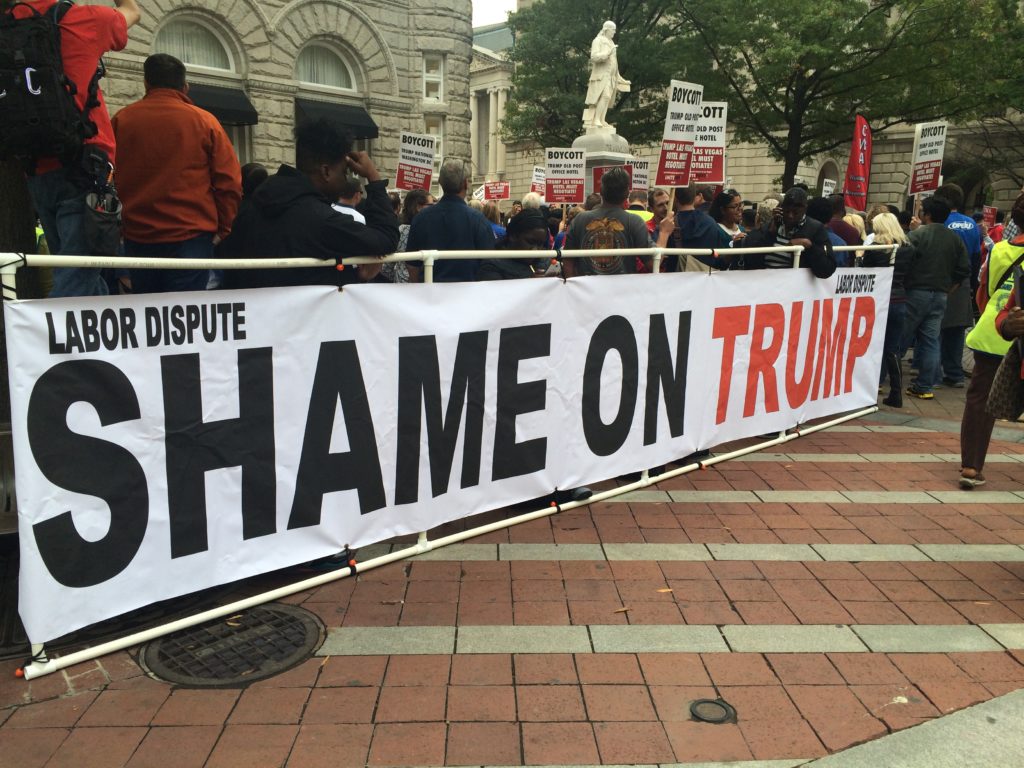 Armstead notes several labor unions all came to show support for the Las Vegas workers. The Metro Washington Council of the AFL-CIO, the Communications Workers of America (CWA) and the American Postal Workers Union (APWU), among others all joined the protest.

“We’re out here for the hotel workers in Las Vegas that need a contract from Donald Trump,” APWU member Arrion Brown told InsideSources. “Actually, last year we were out in Las Vegas protesting with them. It’s been about a year now, and they still haven’t gotten a contract from them.” 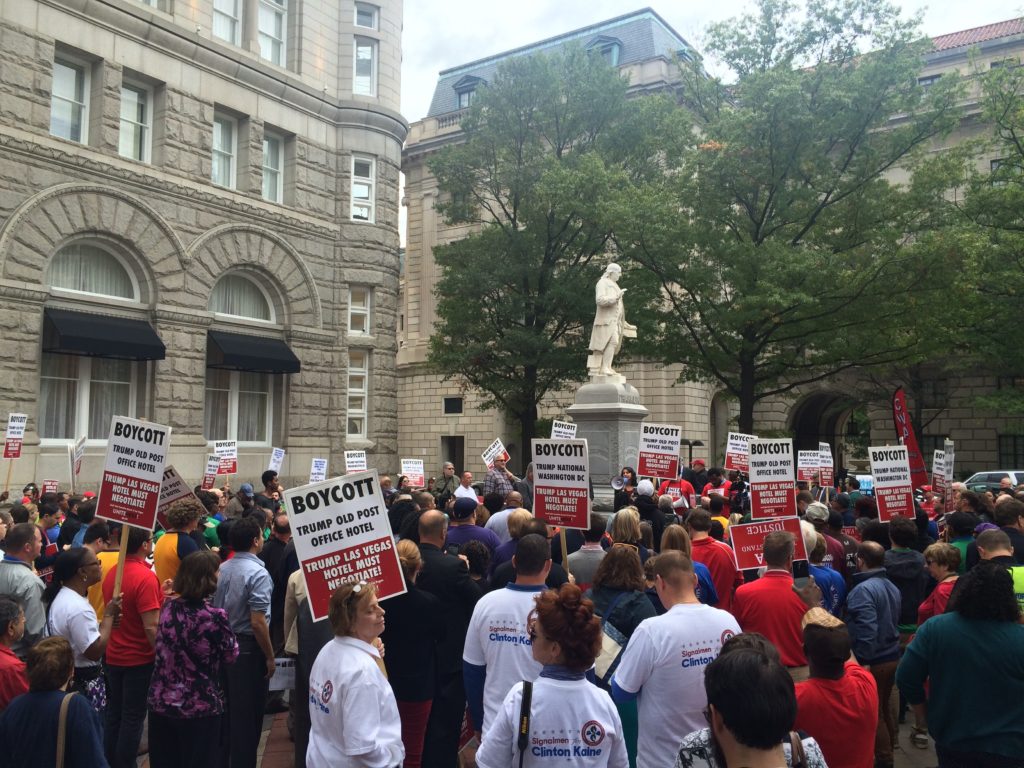 Hotel management has refused to recognize the union despite a successful vote December 2015. The hotel has also faced pressure for the federal government to recognize the union. Unite Here has already held several large rallies in Las Vegas while unions elsewhere have shown their support, as well.

“I would say the theme of today is solidarity,” Armstead said. “The simple fact of the matter is Trump is not only bad for Unite Here, he’s bad for every other working person in this country. Every time you here something about Trump, it’s a disaster.” 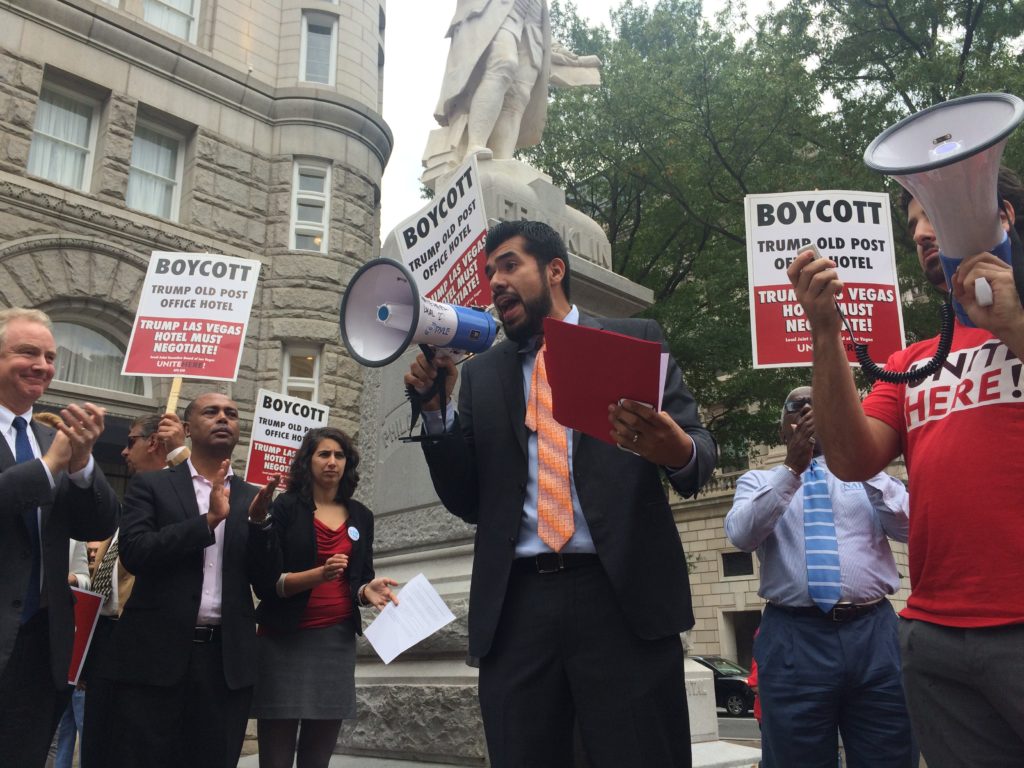 Trump is currently running as the Republican nominee for president. The Las Vegas dispute has added fuel to unions already opposed to his campaign. The AFL-CIO declared Trump its loser of the week Feb. 22 over the Las Vegas labor dispute and again Feb. 29 for saying he likes right-to-work.

“This event would have happened with or without the presidential election,” Armstead said. “A lot of people for better or worse don’t like Trump. I don’t like Trump. But it’s good to have more people come into the fold and know about these issues.” 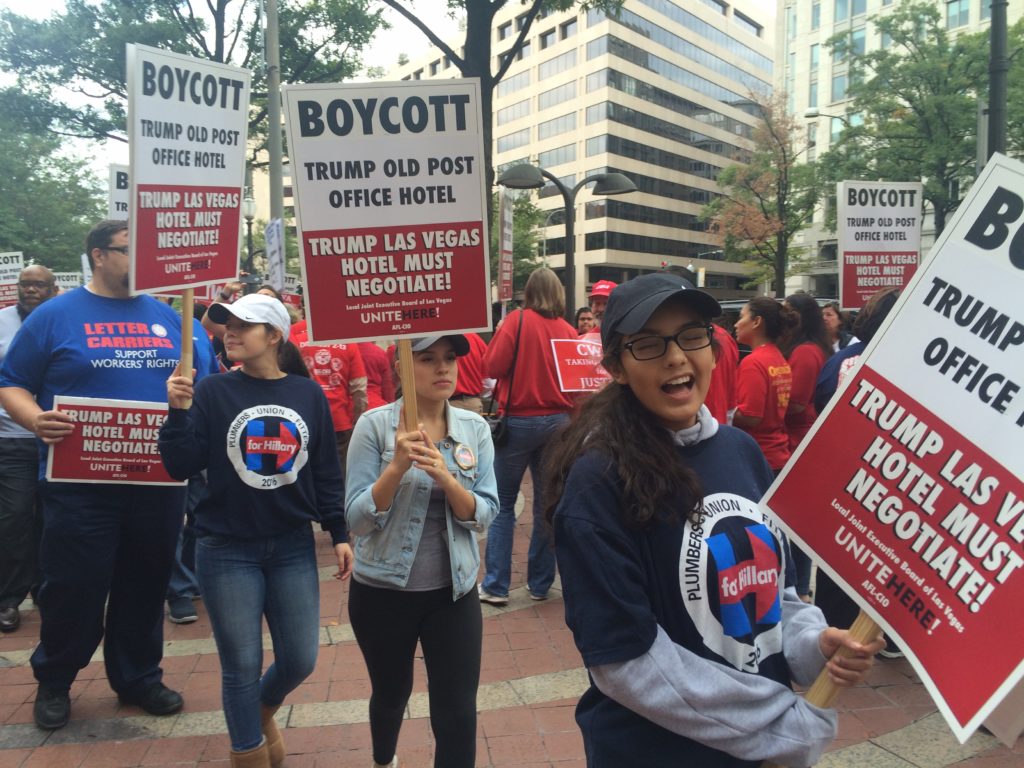 Hotel management has also been accused of illegally trying to stop the unionizing campaign. The National Labor Relations Board (NLRB) has even filed multiple complaints against the hotel that include allegations of physical assault, verbal abuse, intimidation and threats to silence union supporters.

“Trump refuses to negotiate,” CWA member Rick Ehrmann told InsideSources. “His company is trying to overturn the election that has already been certified by the labor union. It’s typical Trump.” 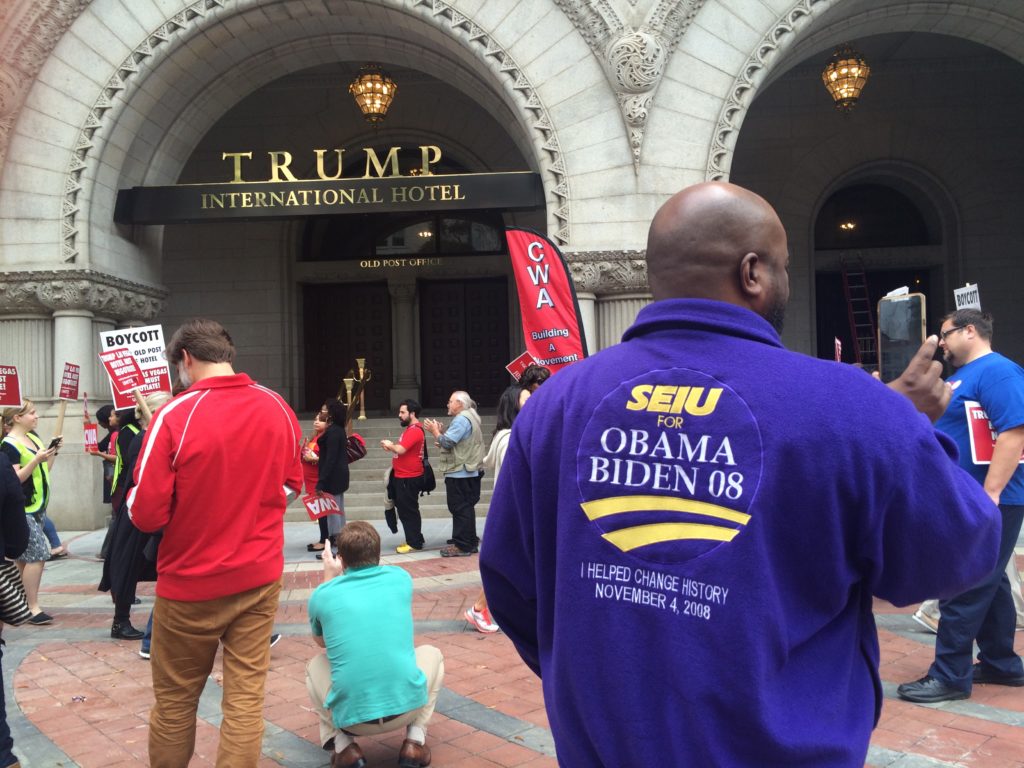 Unite Here has also accused the hotel of unjustly suspending five employees in 2014 and restricting the right of workers to show union support in 2015. The NLRB region director ruled the election was valid and management must recognize the union.

“I’m optimistic we’ll see victory,” Armstead said. “I don’t know how soon, I don’t know about when or a date. I know we’ll see victory. Unite Here’s motto is that when we actually do direct action and we shut it down, we get the goods. If enough of this happens, if enough boycotts happen, I believe they’ll get the message.” 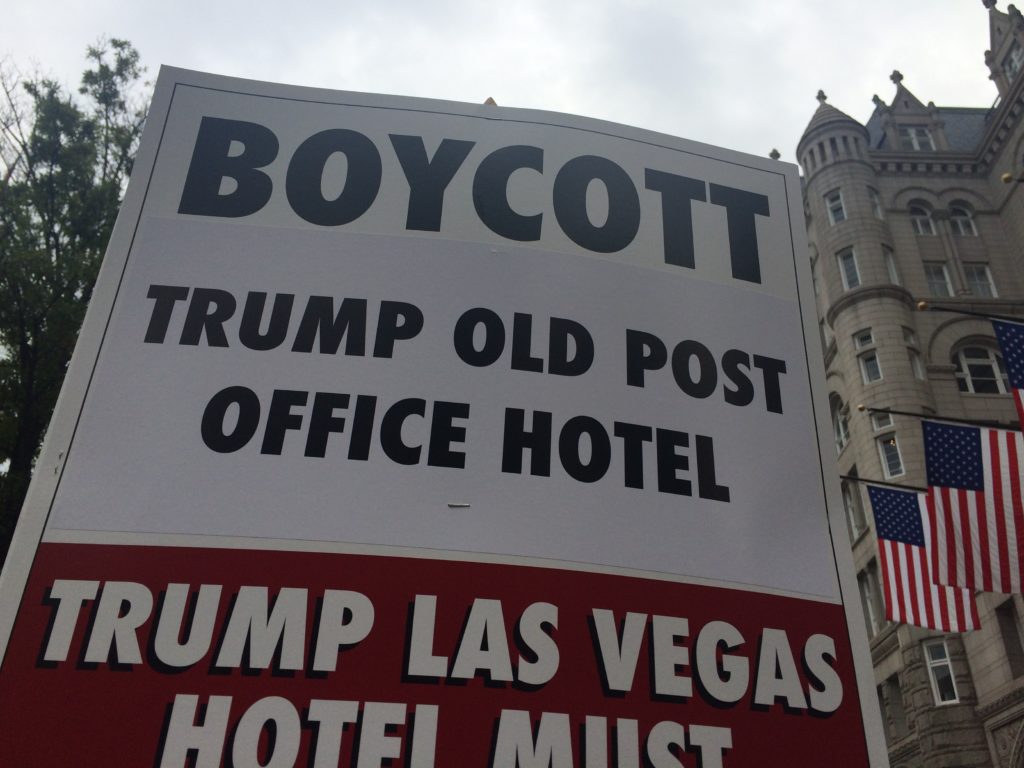 Hotel management has fought the unionization campaign and challenged the vote on the grounds the unions misled workers. The hotel filed a lawsuit October 2015 alleging the two locals knowingly lied in a flyer about Trump staying at an unionized hotel.

Hotel management did not respond to a request for comment by InsideSources.