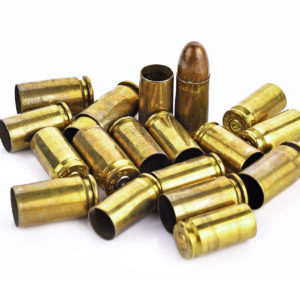 During the first two weeks of September, there were three major news developments involving deadly violence that received scant attention from the national media.

—Richmond, Va., the capital of the Old South for the Confederacy during the Civil War, was the scene of nine homicides within an eight-day span. That’s why Richmond Mayor Levar Stoney, obviously exasperated, called on his administration to “take whatever legal means necessary” to deal with the uptick in violent crime in the city of 220,000.

—In Plano, Texas, a fairly affluent city of 275,000, eight people — all adults and, interestingly enough, seven of them were alumni of four-year colleges, community colleges or technical institutes — lost their lives because of gun violence that erupted during an opening Sunday NFL watch party at a private home. The suspect in the case was shot and killed by police.

—The USA Today Network and the Associated Press collaborated on a sobering analytical report, published the first week in September, that revealed the highest rates of gun violence among youth age 12 to 17 occurs in cities with populations below 250,000. A startling development, for sure.

However, most of us heard very little about these heart-wrenching news stories and events. Why? The day-to-day news cycle during that 14-day span was dominated by: (1) widespread coverage of two monsters — Hurricane Harvey and Hurricane Irma; (2) North Korea’s scary missile launches; (3) a polarizing array of political controversies and subplots involving ESPN; and (5) contentious debate about the toppling of Confederate statues, especially in the South.

For all the public yakking, party-line haranguing and national hand-wringing about the evils of the much-talked-about statues, those structures didn’t kill anyone in Richmond and Plano, or the smaller cities mentioned in the USA Today Network-AP report.

Dangerous people in real time were the culprits.

The analysis by the news services divulged several astounding statistics in its Gun Violence Archive data study, which examined a three-and-a-half-year period that ended in June 2017.

Logically, one would presume that the most gun-dangerous cities for the nation’s youth would be Chicago, Detroit, Baltimore, Los Angeles or New York. However, of the 10 cities with the highest teen shooting rates, the majority had populations of fewer than 250,000. We’re talking cities such as Syracuse, N.Y.; Fort Myers, Fla.; Trenton, N.J.; Savannah, Ga.; and Richmond, Va. The largest big-name city on the list was Chicago. Next was New Orleans, then Cleveland.

The worst city was Wilmington, Del. — population 72,000 and where 86 percent of the town’s youth receive some form of government assistance.

That’s it, 72,000, for the city most known as the place former Vice President Joe Biden returned to via Amtrak after Donald Trump’s inauguration January 20. Question: Why does Biden’s homebase own this dubious distinction of having the highest rate of teen gun shootings that result in injury or death?

The poverty rate in Syracuse (population 143,000), for example, rose to 32.1 percent in 2016, an unusually high figure for a city with a major college of national prominence. Recently, “The Daily Orange,” Syracuse’s student newspaper, reported the city’s poverty rate was 31 percent in 2015, as the national rate dropped from 13.5 percent to 12.7 in 2016.

In the Plano case, the Dallas Morning News reported that the husband allegedly burst into the home he once shared with his estranged wife, then shot and killed eight people at the watch-party event. The victims were both white and black, age 22 to 33 and were co-workers or friends of the suspect’s wife, who had filed for divorce from her husband amid claims of alcohol issues and physical abuse perpetrated by him. The shooter killed more people in one night than the usual homicide rate (four to five murders) in Plano for an entire year.

Another tragic case of out-of-control domestic violence. And there was a time when the mass murder of four or more victims would warrant national breaking news, wall-to-wall coverage. But not this time.

Richmond, for sure, is in the midst of a homicide surge that has confounded the city. That’s why Richmond’s city government officials announced better lighting structures, more cameras and stricter leasing regulations will be implemented in violent public housing communities, according to the Richmond Times-Dispatch.

You know Richmond has problems when the city’s police chief, Alfred Durham, says this:

“On the scene, there was a young lady, a mother out there who says, ‘If you know something, you need to say something. I’m tired of this (gun violence); we all should be tired of this.’

“Then her daughter comes up and says, ‘Ma, you’re not a snitch.’