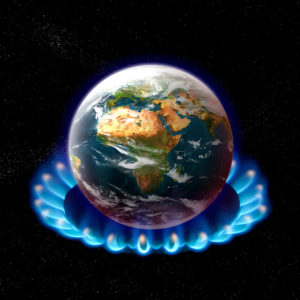 Representative Alexandria Ocasio-Cortez of New York wants a Green New Deal. Senator Lamar Alexander of Tennessee is calling for a New Manhattan Project. Both proposals reference triumphant episodes in American history, but neither is the right analogy for the fight against climate change. What we really need is a Cold War on global warming.

The New Deal gave American workers greater security against unemployment and the travails of old age, but it did not create new industries or transform old ones. The Manhattan Project mobilized American science and industry to create a weapon of awesome destructive power, but it was a ramshackle operation that shut down when the war ended.

Climate change is a long-term condition. Unlike World War II, no single weapon will bring it to an end. Climate change is a byproduct of economic success, not failure. Unlike the Great Depression, it will not be halted by expanding demand and bucking up consumer confidence.

The Cold War followed the Great Depression and World War II and lasted nearly a half-century. The Cold Warriors who led America in these decades broke with tradition not merely by entangling the United States in alliances abroad but by asserting global leadership in pursuit of a vision. They sought advantage through superior technology, rather than merely seeking to amass more arms and men. They created a bipartisan coalition, deeply rooted in popular support, that endured shifting electoral tides from Truman to Reagan.

The U.S. fight against climate change should draw inspiration from the Cold War in each of these ways. First, climate change is the quintessential global challenge. Greenhouse gas emissions from each country affect every other country. One nation’s refusal to curb emissions could easily lead to a global race to the bottom. The Cold Warriors undertook diplomatic and military efforts to bind America’s allies together when they perceived the threat that “dominos” in Europe and Asia might fall under communist influence one after another.

Second, staving off the worst consequences of climate change while meeting universal needs like shelter, mobility and nutrition and sustaining global economic growth will require innovation and rapid adoption of new technologies. The world will need to accelerate the pace of change in electricity generation and vehicle production and use. It will need to develop new manufacturing methods in basic industries like steel and cement, revamp agricultural and building practices, and create “negative emissions technologies” that can remove carbon from the atmosphere.

The Cold Warriors’ investments in science and innovation provide a model: They triggered the information technology revolution that gave the west a decisive military edge against the Soviets and unleashed free-market dynamism that East-bloc planners could not match.

Third, the fight against climate change will not end in 2025, 2030 or even 2050. Renovating the globe’s building stock, replacing massive fleets of power plants and vehicles, and reforesting vast denuded landscapes are projects that will last a lifetime or two. The young scientists and engineers who will bring us the wherewithal to do these things must be able to envision devoting their careers to them. Too few will commit to the fight if the national commitment is perceived to be wobbly. The coalition that backed the long “twilight struggle” of the Cold War was not vulnerable to filibusters or a single Supreme Court nomination; it survived a degree of divisiveness during the Vietnam era that has yet to be surpassed, even today.

The United States and its allies won the Cold War. To be sure, the triumph was diminished by failures along the way. The Cold Warriors conflated nationalism and communism, consorted with dictators, and on occasion subverted liberty in the name of freedom. Yet, the fundamental lessons that they teach us are crystal-clear. This nation can provide enduring and transformative global leadership. Indeed, it must.

David M. Hart is senior fellow, clean energy innovation policy, at the Information Technology and Innovation Foundation, and professor of public policy at the Schar School at George Mason University. This article was originally presented at the Green New Deal dialogue hosted by Johns Hopkins University. It is distributed by InsideSources.com.