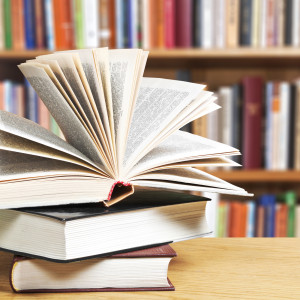 Defunding a Library Is a Symptom of Blind Populism

Voters in a small Michigan community recently voted to defund the local public library for refusing to censor LGBTQ authors.

One of the talking points used by the local voters essentially followed the line: “Don’t support a mill levy increase for the library if the library is going to ‘groom’ and indoctrinate kids into woke leftist views.” Library system officials have resigned from their posts due to harassment and outlandish accusations.

Even after attempts by the library to restrict the visual presence and the accessibility of books, like the award-winning young adult graphic novel “Gender Queer: A Memoir,” by illustrator Maia Kobabe, rabble-rousing social conservatives riled up the passions to defund the library.

Now, that library — in a township of fewer than 10,000 people — has funds to stay open only through the first quarter of next year.

These headlines were sickening. Even if you disagree with LGBTQ literature, there is no way to justify the defunding and closure of a public library. What happened to that “marketplace of ideas” that conservatives argue so aggressively for? Instead, right-wing America — instigated primarily by politicians, not parents, who rely on fighting “wokeness” as a fundraising strategy — proves that they are the snowflakes they say far-left people are.

There’s no more centrism and common ground anymore, especially regarding tough topics like sex. But, one thing that is clear is we are entering a fascist-like cleansing of literature. Just this time, it’s the closure of a library that simply served its function: providing knowledge to people of all ages.

On top of this, efforts to ban books from stores, libraries and schools are symptoms of a divided country, with one side morphing one of the major political parties into a cabal of slogan-driven, xenophobic ultranationalists who have an unhealthy and disturbing obsession with calling those whom they disagree with pedophiles and groomers, with no proof.

These people seek to censor queer art, literature, cinema and academic theory from the mainstream while telling people whom they can love and what women can do to their bodies, while also denying the fact that our country has an inherently racist past that should be taught and understood in a modern context.

This is the same group that buys crazy conspiracy theories and creates moral panics for every little thing they hate. There is no sound judgment behind this censorship of any kind. How did our great country come to this? Freedom to read is just as important as having the access to read.

The press should be free to hold power accountable and lend societal criticism. Conservative protesters should have the right to protest on a public university’s campus. Liberal authors should be able to write their views in a book and freely publish it. Muslims should be free to recognize Ramadan.

A Starbucks employee should be free to sell the holiday coffee heart bomb in a plain red “holiday” cup.  Adult performers should be free to sell their sex tapes on the internet. In fact, all of these people are free to do these things. Do you know why? It’s called the First Amendment. Though the closure of a local library isn’t necessarily a First Amendment issue, it becomes one when the library’s closure is because of a pervasive agenda to censor speech.