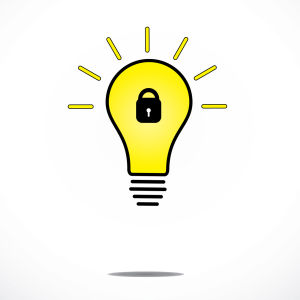 A reset is underway in the patent-antitrust debate.

This debate had devolved to an unproductive state. On one side, patent owners whose “hold-up,” or refusal to license their patents at a rate the would-be licensees demand, getting persecuted for actually using the exclusivity their patents supposedly guarantee.

On the other side, technology implementers, who license others’ patents, are increasingly practicing “hold-out.” The would-be licensees refuse to license the patent, claiming the fee isn’t fair. Hold-out puts implementers in the driver’s seat because the patented items often comprise components of end products, not end products themselves.

Fortunately, bias against innovators is getting fresh scrutiny. This matters if we’re to take full advantage of our competitive edge: American innovation.

“I view the collective hold-out problem as a more serious impediment to innovation,” assistant attorney general for antitrust Makan Delrahim told a law school audience last fall at the University of Southern California.

The reason is asymmetry in the bargaining, in favor of implementers over innovators, apart from antitrust enforcement.

“Innovators make an investment before they know whether that investment will ever pay off,” Delrahim said. “If the implementers hold out, the innovator has no recourse, even if the innovation is successful.

Delrahim underscored this inherent asymmetry in his “New Madison” speech at the University of Pennsylvania. To the extent standard-setting organizations overemphasize patent hold-up in their policies, they too tilt the playing field in favor of technology implementors and against risk-takers.

Implementers, with their patent troll narrative’s traction and the popularity of their patent-aggregating products, won a sympathetic audience in the previous administration and with some lawmakers.

Most distressingly, antitrust enforcers have put their thumbs on the scales for implementers and against patent owners. This has given patent hold-out misconduct a pass, while patent owners, especially those whose technology an standard-setting organizations determines to be superior, have gotten suspicious looks from enforcers.

The playing field, tilted in licensees’ favor, has referees who’ve presumed anticompetitive conduct if a patent owner doesn’t accept implementers’ holding up licensing and themselves deciding what a “fair,” “reasonable,” “nondiscriminatory” royalty is.

The Delrahim Doctrine contrasts markedly from the status quo.

Such thinking aligns with President Reagan’s Justice Department. Reagan adjusted the antipatent antitrust rules Justice applied to patent licensing from a per se standard to the rule of reason. The facts would be weighed case by case where the patent owner is simply trying to exercise his or her patent rights.

Reagan’s Commission on Industrial Competitiveness counseled fairness toward innovators. “Technological innovation is a mainstay of the American economy,” it said.  “It is the foundation of our economic prosperity, our national security, and our competitiveness in world markets.”

With innovation vital to our country’s economic and societal benefit, the commission noted the importance of fair treatment at the antitrust nexus. It pointed out that “the very act of (patent) licensing is pro-competitive rather than anti-competitive” and justifies “view(ing antitrust) restrictions in light of all the surrounding circumstances, especially the impact on (national) competitiveness.”

Which brings us back to Delrahim.  His Reaganesque views on these very matters are becoming manifest through his public remarks.

The stated purpose of the Delrahim Doctrine: “To help foster debate toward a more symmetric balance between the seemingly dueling policy concerns between intellectual property and antitrust law.”  For standard-setting organizations  specifically, “some symmetry between these competing interests.”

The reason for the Delrahim Doctrine:  “Patents are a form of property, and the right to exclude is one of the most fundamental bargaining rights a property owner possesses.  Rules that deprive a patent holder from exercising this right — whether imposed by (a standard-setting organization) or by a court — undermine the incentive to innovate and worsen the problem of hold-out.”

“SSOs should instead strive to ensure that their patent policies create maximum incentives for innovators to invent (or at a minimum don’t curtail incentives to innovate), and for licensees to implement.”

At least the Antitrust Division won’t be as antagonistic toward America’s innovators and risk-takers under Delrahim.