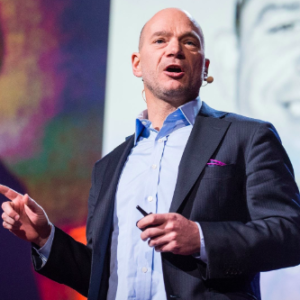 Dematerializing the Economy — and Greens’ Myths

Add Andrew McAfee’s name to the list of cornucopians-come-lately hawking data-stuffed books supporting a verity some of us have known for decades: Economic freedom is good for the environment.

In “More From Less: The Surprising Story of How We Learned to Prosper Using Fewer Resources — and What Happens Next,” the Massachusetts Institute of Technology scientist explores the factors that enable mankind to “tread more lightly on the earth instead of stripping it bare.”

To anyone who’s been paying attention, the author’s thesis is not at all “surprising.” Eco-health in the developed world has been headed in the right direction for the last half-century or so. Reforestation, boosted air quality, species recovery — the evidence is abundant. Throw in a rock-bottom birthrate, a populace addicted to digital devices, and a globalized marketplace that forces companies into relentless thrift, and it should come as no shock “not only that Americans (are) consuming fewer resources per capita … but also that they (are) consuming less in total of some of the most important building blocks of an economy.”

The conservation revolution McAfee describes was not uncovered by him, but Jesse H. Ausubel, an environmental scientist who penned “The Return of Nature: How Technology Liberates the Environment.” “More From Less’s” author read the essay four years ago, and thought, “Well, that can’t be right.”

The fact that an academic associated with an institution perched at the pinnacle of the U.S. scientific-technological elite initially considered the concept of dematerialization unthinkable is, depressingly, instructive. Cambridge-dwellers aren’t known for bucking the American establishment’s consensus that capitalistic greed and waste are destroying Mother Gaia. But give McAfee credit for realizing how wrong he was, and going public. His book borrows from Ausubel’s findings, as well as those of U.K.-based writer Chris Goodall, but makes numerous original investigations — e.g., rare earth elements, railroad logistics, plastics and auto engines.

Nickel, copper, steel and gold are “post-peak’ in America. That is, “the country hit its maximum consumption of each of them some years ago and has seen generally declining use since then.” Ditto for fertilizer and water for agriculture. Stone, cement, timber, paper? Our appetite for them is down, in absolute terms, too.

“Of the seventy-two resources tracked by the (U.S. Geological Survey),” McAfee writes, “from aluminum to antimony through vermiculite and zinc, only six are not yet post-peak. If shiny ornamental stones are excluded from the analysis, then more than 90 percent of total 2015 resource spending in America was on post-peak materials.”

After laying out the stats, “More From Less” describes why we’re getting more from less. McAfee’s “four paths to dematerialization” are “slim, swap, optimize, and evaporate.”

Slim: While the first aluminum cans weighed 85 grams, by 2011, their mass had dipped below 13 grams.

Optimize: Airlines “improved their load factors — essentially the percentage of seats occupied on flights — from 56 percent in 1971 to 81 percent in 2018.”

Evaporate: By fully or partly replacing cameras, radios, scanners, flashlights, calculators, compasses and dozens of other gadgets, smartphones (and tablets, McAfee could have added) “use vastly less metal, plastic, glass and silicon than did the devices they have replaced and don’t need media such as paper, discs, tape, or film.”

McAfee goes on to competently explain “how well technological progress and capitalism work together,” but stumbles badly with his simplistic assertions that “public awareness” and “responsive government” foster dematerialization. Another serious misstep is his pitiable inability to see climate-change hysteria for what it is. (Far from using “virtually no resources,” wind and solar, due to their intermittency, flaccid energy intensity, and distance from population centers, are ludicrously inefficient. If anything, a world that runs on “renewables” would contribute to rematerialization.)

“More From Less,” despite its considerable flaws, is a welcome addition to the rich body of literature that disproves Big Alarmism’s facile agitprop. And the book has MIT’s imprimatur. But as Simon knew, there is a lot of money in telling the ignorant that the world is coming to an end. A lot of political power, too. McAfee’s book should win many converts. But it probably won’t.