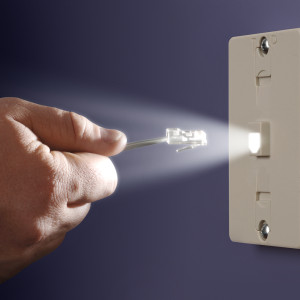 Republicans and Democrats in the House began 2016 in rare bipartisan agreement over a typically partisan issue — net neutrality, which the two sides agreed Tuesday should not include giving the Federal Communications Commission the ability to regulate the rates Internet service providers charge consumers for service.

“So you can put my name down next to the president, next to the FCC chairman and Anna Eshoo,” she continued. “I’m not for the FCC regulating the monthly recurring rate that consumers pay for broadband Internet access.”

In late 2014 President Obama called on the FCC to adopt strong net neutrality regulations over ISPs, including reclassification as Title II common carrier public utilities, while forbearing from rate regulation.

During a hearing before the same committee last year, FCC Chairman Tom Wheeler told the committee he had “no difficulty” with Congress taking the potential for rate regulation off the FCC’s table, and repeated the agency has no interest in regulating rates.

New Jersey Democratic Rep. Frank Pallone, another net neutrality advocate and ranking member on the committee charged with overseeing the FCC, agreed with his colleagues on both sides of the aisle, but added the bill drafted by Republicans — the No Rate Regulation of Broadband Internet Access Act, or H.R. 2666 — falls short.

“I agree with the sentiment driving this bill — the commission should not be setting rates for broadband access,” Pallone said. “Nonetheless I’ve also heard concerns as drafted, this bill may result in significant unintended consequences.”

According to Pallone, those include spurring “endless litigation leading to uncertainty in the market and deterring investment,” and the potential to “seriously curtail the FCC’s ability to protect consumers.”

“Obviously that result is not acceptable,” Pallone said.

Harold Feld, senior vice president of Public Knowledge — one of the biggest Washington lobbyist groups to back net neutrality — pointed out similar concerns during his testimony to the committee.

“The broad language of H.R. 2666 would permit broadband providers to raise arguments against uncontroversial enforcement of traditional consumer protections, such as fraudulent billing practices,” Feld told the committee. “Arguments over the scope of the statutory prohibition could undermine efforts to deploy rural broadband by complicating the already difficult process of updating the FCC’s rules governing the Universal Service Fund.”

Feld warned the law could make it more difficult for the FCC to protect consumers from companies overcharging or billing consumers in error, and cited Comcast specifically as an example after the carrier was recently found to be mis-measuring and overcharging consumers for their monthly data use.

He added the bill would bring pending FCC intervention in the special access market — where smaller providers rent network infrastructure from larger providers — “to a grinding halt.”

Smaller providers have increasingly complained in recent years about the rates larger legacy providers like AT&T and Verizon charge them for network space. The FCC is expected to take up the issue early this year.

“The language of H.R. 2666 is no broader than what Chairman Wheeler testified that he supports,” former FCC commissioner and Hudson Institute senior fellow Robert McDowell said. “The bill simply addresses the risk that a future commission will use the substantial discretion left by the Open Internet Order to regulate rates post hoc through enforcement, notwithstanding the current commission’s promises to avoid rate regulation.”

The agency recently voted to exempt smaller providers from the rules for another year over concerns the regulations will shoulder small business with high lawyers’ fees to ensure they’re complying with the regulations.

Elizabeth Bowles, president of both a trade association representing smaller providers and a smaller provider based in Arkansas, told the committee companies like hers lack the time, resources or employees to make certain they don’t run afoul of the new regulations.

“Small ISPs do not have in-house lawyers to review and understand the new disclosure rules, administrative staff to maintain the ongoing compliance, or the means to measure packet loss,” Bowles said. “Moreover, every dollar spent on unnecessary regulatory compliance is one dollar that is not being spent on new hires, network upgrades, and expansion.”

“It is one thing for a large broadband provider with its army of lawyers to devote time and resources to the new requirements, and quite another for a WISP [wireless Internet service provider] in West Yellowstone, Montana, to do the same.”

Feld and Democrats are concerned a permanent exemption could lead to unregulated monopolies and net neutrality violations for consumers in small rural areas, many of whom lack a choice of competing carriers for service.