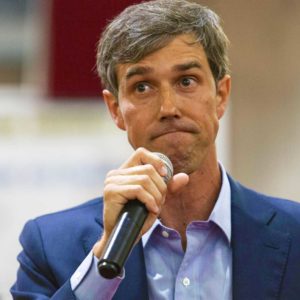 Democrats and the “Beto Conundrum:” Winning Fundraising Fights but Trailing in the Polls

New Hampshire Democratic candidate for governor Molly Kelly raised three times as much money as incumbent Gov. Chris Sununu in the most recent filing period, even as she trails in polls.

Molly Kelly reports her campaign has raised $345,385 since September 10th, with 85 percent coming from small donors ($100 or less) and 73 percent from New Hampshire donors. This brings her campaign fundraising total to just over $1 million and gives her cash on hand of $236,322.

“Because of our incredible grassroots supporters, we are in a strong position to unseat Chris Sununu,” Kelly said in a statement. “I’m running a campaign powered by the people. Granite Staters are ready for a governor who will put people first, not corporate special interest donors.”

For the Kelly campaign, these numbers are welcome news at a time when two new polls put her well behind incumbent Governor Sununu. Last week’s Emerson Poll gave Sununu a 51-35 percent lead, with 14 percent undecided. And Wednesday the New Hampshire Institute of Politics released a poll finding Sununu leading 49-39 percent.

This split between soaring fundraising and sagging polls appears to be part of a national trend for Democrats. They’re raking in the cash but still tight or trailing in the polls. And yes, Democrats are truly “raking it in:”  A record-setting $1 billion raised this cycle.

“Democrats have raised almost 2/3 of the total money for the House (not counting candidates who lost in primaries),” Silver tweeted. “Despite the fact that the GOP holds the incumbency advantage. Never been anything like that before in our House fundraising data, which goes back to 1998.”

At a national level, USA Today and CNN have been evaluating fundraising in battleground congressional districts across the US and have seen a similar trend. “Across all the 28 [House] races that CNN defines as toss-ups, Democratic candidates raised nearly $69.6 million during the July-to-September fundraising quarter, more than three times the $21.4 million collected by Republicans in those contests,” CNN reports.

From USA Today: “In the 30 House races that experts consider tossups in the midterm election, Democrats outraised their Republican opponents in every one in the third quarter, often by wide margins.”

Interestingly, while Democrats are dominating in fundraising, their struggling to translate that into success in the polls.  For example, ABC News just released a poll of 66 battleground House districts and found a net margin of Republicans +1. At Morning Consult, the Democratic generic-ballot advantage in toss-up districts is just +6–close enough for the GOP to (theoretically) hold onto the House.  In the new CBS News battleground tracking poll, the Democrats are just +3 (47/44).

The math still favors the Democrats taking the House, but their 2-1 advantage in fundraising has yet to translate into a similar margin among voters.  The same is true in the U.S. Senate, where Democrats are raising more money than the GOP but are likely to lose seats in the upcoming midterms.

And then there’s the “O’Rourke Conundrum:”  The Texas Democrat challenging Sen. Ted Cruz raised a jaw-dropping $38.1 million in the last quarter, bringing his total to a record-setting $62 million. To put that in perspective, O’Rourke raised more in one quarter running for the U.S. Senate than Jeb Bush raised in his entire 2016 campaign for President of the United States. ($34 million).

And yet the Real Clear Average shows Cruz with a lead of 7 points–and growing.

For his part, Gov. Sununu seems unfazed by coming up short in the latest round of fundraising. His campaign is outpacing Molly Kelly on TV, and he still has about twice as much cash on hand.

“With nearly twice the cash-on-hand as Molly Kelly, we are right where we need to be for the final three weeks of the campaign,” the campaign said in a statement.

So what does Molly Kelly’s fundraising success really mean?

“It means she spent almost $800k and still has no shot,” GOP strategist Dave Carney told NHJournal.  “It’s not the size of your account, it’s its how you use it.”