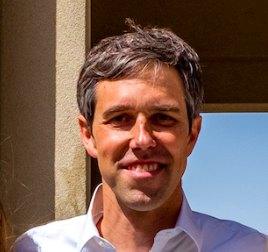 Is there really a bout of BetoMania spreading through the New Hampshire Democratic party?

Democratic Party activist Jay Surdukowski sure hopes so.  The Concord, N.H. attorney has been pushing for the Texas congressman, Senate candidate, and political phenom to make his way to the Granite State.  “Beto is at the top of my list right now. I am eager to meet him up here in the Granite State and hope he will visit soon to at least test the waters,” Surdukowski told Inside Sources.  “I’d be happy to help host him and I know other groups and organizations are very interested.”

Thus far, Rep. O’Rourke (whose real name is Francis Robert) hasn’t responded to any of the invitations from New Hampshire, but the conversation alone is generating news at Politico and CNBC.

So, is O’Rourke a real player in the key “First in the Nation ” state of New Hampshire? Could he use it as a springboard to launch a successful bid for the 2020 Democratic nomination?

The obvious–and obviously true–answer is that it’s way too early to say. “There’s a lot of chatter and a lot of buzz about a lot of people,” one Democratic insider told Inside Sources. “Have I heard Beto’s name? Sure. I’ve also heard Kamala Harris, Joe Biden, Cory Booker, Sherrod Brown.  Most New Hampshire Democrats are waiting to meet these people, look them in the eye, watch them campaign.”

On the other hand, how many of those people have fans posting Facebook pages about them? Or have political activists in New England start a PAC (“Draft Beto 2020”) to encourage them to run?

“Our Facebook page encouraging him to visit early nominating states for more than 300 followers in just 2 days ,” Surdukowski told Inside Sources.

And it certainly doesn’t hurt to have the previous Democratic president singing your praises.

“The reason I was able to make a connection with a sizable portion of the country was because people had a sense that I said what I meant,” Barack Obama reportedly told his former strategist David Axelrod recently.  “It felt as if he [“O’Rourke] based his statements and his positions on what he believed. And that, you’d like to think, is normally how things work. Sadly it’s not,” Obama said.

And then there’s the fact that, despite being a political unknown just a year ago, Rep. O’Rourke is near the top of (very early) polling for the Democratic nomination, ahead of big names like Warren, Harris and Booker.

Why? In part it’s because O’Rourke is a legitimate political talent.  Jeff Roe, Sen. Ted Cruz’s campaign manager, said after his candidate’s narrow victory over Beto: “The Democrats don’t have anybody like him,” Roe said. “I’ve seen all of them. They don’t have anyone of his caliber on the national stage. I pray for the soul of anyone who has to run against him in Iowa in 453 days.”

But it’s also more than that. O’Rourke is a talented progressive politician, at a moment when the party’s base is hungry for progressive leadership.  Bernie Sanders hit the right notes, but voting for Bernie was voting for the progressive platform alone. O’Rourke brings the Left’s ideology, but adds charisma, skills and–let’s face it–sex appeal.

“Beto is exciting, he’s articulate, he’s passionate,” New Hampshire progressive activist and broadcaster Arnie Arnesen told Inside Sources.  “But he also used his time in the limelight to speak to the future. So even though he was running against one of the most hated Republicans there is, he didn’t use that fact as an excuse to moderate his message or soften his agenda.”

Not everyone agrees. Chicago Mayor and former Obama Chief of Staff Rahm Emanuel responded to the Beto craze this way:

“If Beto O’Rourke wants to go and run for president, God bless him, he should put his hat in and make his case. But, he lost. You don’t usually promote a loser to the top of party.”

“I think Beto O’Rourke has a few interesting options. Some people would like to see him run for President, others think he is in a very strong position to challenge John Cornyn for the Senate seat in Texas in 2020,” Demers told Inside Sources.

“Regardless, I hope Democrats will take the pledge not to devour each other in the presidential race and to stand united when the nominee is selected. The goal is to change the occupant in The White House, period.”

Are New Hampshire Democrats ready to give that job to a guy from Texas? Whose entire political resume is three terms in Congress and a losing bid for the US Senate?

“I’m not sure I couldn’t be convinced Beto O’Rourke should be President,” the Democratic insider told Inside Sources.

And given how many big Democratic names are on the 2020 list, and how little New Hampshire Democrats actually know about O’Rourke, that’s something.