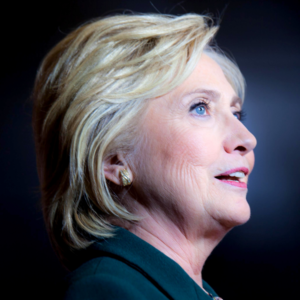 Only 24 Percent of Clinton Supporters Actually Share Her TPP Opposition

Hillary Clinton famously changed her mind on the Trans-Pacific Partnership last October, coming out against an international trade deal negotiated by President Barack Obama even after she championed the accord as his secretary of state.

Given that Clinton historically supported free trade, this reversal was seen as outreach to progressives — a political move toward left-wing Democrats who would back Bernie Sanders in the presidential primary.

Here’s what’s a little weird about that, though: According to Pew Research Center polling published Thursday, fully 55 percent of registered voters who support Clinton — a solid majority — say TPP would be a good thing for the United States.

More broadly, a solid 59 percent of Clinton backers say free trade agreements have been good for America, compared to just 32 percent who say they’ve been bad.

In other words, Clinton’s leftward shift on trade might — might — have helped stave off Sanders, but it put her out of sync with most of her core constituency.

And yet, she’s obviously banking that it won’t matter.

Democratic support for TPP isn’t nearly as passionate or organized as Democratic opposition, and Clinton probably doesn’t fear the consequences of advocating against it.

In fact, she may see her new stance as a general election winner, considering most Americans now believe international trade deals “are mostly harmful because they send U.S. jobs overseas and drive down wages,” according to a June study from the Brookings Institution and PRRI.

It’s also safe to assume the Democratic nominee has followed the dramatic transformation of Republican politics on the issue — manifested by presidential nominee Donald Trump — as the Obama era has seen the GOP go from a meager 31 percent opposition to free trade deals to a stunning 61 percent.

If there’s a moral to this story, it’s that President Obama had better hope he can get TPP implementation through Congress in the lame-duck session after the election. Both of his potential successors are now firmly against it, and neither seems to have incentive for a change of heart.