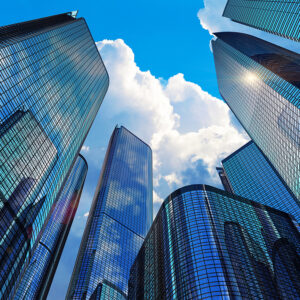 Democrats Can Get Back on Track by Tackling Corporations

As someone who staked his career in public service as a moderate Democrat, ran for elected office, and won elections in a conservative district, I was required to take political stances with broad appeal.

Forced to be in tune with the middle-of-the-roaders in American politics, I also believe it was clear that Joe Biden won the White House because centrist voters – in both parties – had enough of the tumult of Donald Trump, and wanted a return to calm, boring politics where elected officials debated issues, not attack one another.

This is why President Biden is struggling so greatly in the polls; the intra-party disagreements over his Build Back Better plan were tumultuous. The media focused on the fight between progressives and centrists, and the result was an American public annoyed with Democrats.

But another poll is out last week, done by Pew, paints a clear road map for Democrats to move forward, and I believe could get the support of both Democrats and Republicans: Taking on corporate America.

The poll broke up Democrats and Republicans into different categories within each party and painted a picture of an electorate that is deeply divided. Indeed, Pew wrote: “Republicans and Democrats agree on very little – and when they do, it often is in the shared belief that they have little in common.”

But again, the poll also found there is common ground on taking on corporations. On the right, only 41 percent of “committed conservatives” said they believe, “Large corporations are having a positive effect on the way things are going in the country these days.” And, on the left, 86 percent of “establishment liberals” said they believe, “Government regulation of business is necessary to protect the public interest.”

One area of agreement between Democrats and Republicans is the issue of antitrust. Antitrust is the theory that big corporations can have too much dominance of their sector, and are therefore immune to government rules or consumer demands. The issue is popular among such politically polar opposites as Sens. Josh Hawley, a conservative from Missouri, and Elizabeth Warren, a progressive from Massachusetts.

Keep in mind, over the last four decades the government has sat back and allowed companies to merge and acquire each other to get bigger, eliminate competition, and dominate market share.

Hawley has introduced legislation targeting Big Tech on antitrust issues and even written a book on the matter. Hawley’s beef is with Facebook and Twitter; he believes they silence conservative viewpoints. One antitrust issue Warren has been involved with is preventing Lockheed Martin, the largest defense contractor in the nation, from acquiring the nation’s leading rocket maker Aerojet Rocketdyne.

Understand that spending on missiles is one of the largest pieces of the pie for our defense budget. It includes research, procurement, and deployment of these complex and expensive weapons systems. That is why it is so critical that we have competition among defense contractors – because, without it, there are no incentives to cut costs. Remember, it wasn’t until after SpaceX challenged Lockheed on building spacecraft for the U.S. government that Lockheed cut their costs by $100 million dollars.

Furthermore, the recent advances by China with their hypersonic missiles – which shocked the globe – make it clear we need to catch up and cannot afford to allow Lockheed to dominate that sector. Understand, a lack of competition means a dearth of innovation.

Thankfully, the Biden administration has the ability to block the proposed acquisition by Lockheed by allowing the Federal Trade Commission (FTC) to vote against the deal. It was recently reported that the Chair of the FTC, Lina Khan, expressed her concerns to Rep. Mark Pocan (D-Wisc.), that “vigorous antitrust scrutiny of proposed defense industry mergers is critical.”

If the Biden administration wanted to send a clear message that it will no longer tolerate corporations joining forces to reduce competition, then it must deny Lockheed Martin’s proposed acquisition of Aerojet. Facebook, Amazon, and others would take notice if the FTC shut down the most powerful defense contractor in the nation’s attempt to corner the market on missiles.

Hopefully soon, the FTC will be a majority of Democratic commissioners who can vote in unison to block this deal. This would ensure competition in the missile industry and be good for the national security of the nation, and welcome by all Americans – both Republicans and Democrats – who want our government to reign in the power of corporations.

Hank Naughton is with Centrist Democrats of America. He is a former Massachusetts state representative and now practices law. He wrote this for InsideSources.com.