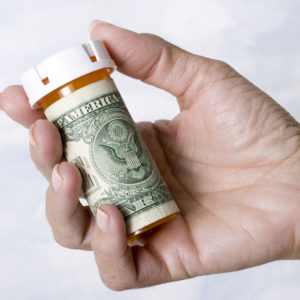 With the left realizing they have less than three months to pass any legislation before the midterms, in a surprise twist, Senate Majority Leader Chuck Schumer and Sen. Joe Manchin of West Virginia have come to an agreement on packing the no-longer skinny bill with as much of the left’s dream list of government spending as they can fit. Here’s the thing: They have no plans to stop.

Bernie Sanders’ $32 trillion Medicare for All (M4A) takeover plan may have been a bust, but Democrats are no longer playing by the M4A handbook. Members of the Coalition Against Socialized Medicine have long warned that the left would push for a less visible path through incremental adoption of individual policies that would act as the building blocks toward a complete socialized healthcare system down the road.

Democrats aren’t hiding behind these individual innocuous-sounding pieces of legislation, either. Sen. Ron Wyden of Oregon recently spoke about his plans to introduce more government-intervention legislation, “It certainly … is a strong start,” Wyden is quoted as saying, “There’s plenty more to do.”

And Vermont Rep. Peter Welch revealed the Democrats’ true intent even more directly, “Don’t underestimate the power of the slippery slope … they know if we get price negotiation, it’s the beginning, it’s not the end.”

The latest drug pricing provisions in the reconciliation bill, including forcing government price controls on companies, are the next such step. According to the draft legislation, the Health and Human Services secretary would determine the prices of 10 drugs in 2026, an additional 15 drugs the following year and so on. If a company didn’t agree with the government amount, then the company would be punished by an up to 95 percent excise tax.

As fellow CASM member David Williams of the Taxpayers Protection Alliance warned, “If lawmakers get their way, though, it could soon become next to impossible to supply Americans with life-saving cures.”

While politicians can use monopoly rules to fund programs with money they can’t actually account for, the private sector lives in reality — and invests based on revenue. According to Consumer Action for a Strong Economy, each 1 percent of lost revenue results in a 1.5 percent loss in research and development spending.

Americans want affordable drugs but aren’t willing to sacrifice access to the most effective, latest treatments available only in the United States. According to a Kaiser Family Foundation survey, 65 percent of Americans opposed these negotiations if they would lead to less research and development of new drugs. Sixty-five percent also opposed price-setting if it would limit people’s access to newer prescription drugs.

Historian Lee Edwards outlined what most of us know — socialism fails where it is tried, and nations move away from it. Post-World War II, Great Britain, Israel and India tried it and have since rejected socialism. As Edwards stated, “Socialism is guilty of a fatal conceit: It believes its system can make better decisions for the people than they can for themselves. It is the end product of a 19th-century prophet whose prophecies (such as the inevitable disappearance of the middle class) have been proven wrong time and again.”

So why are Senate Democrats marching in lock step and pushing forward with socialist policies that would hurt so many Americans hoping for new treatments to come online? Part of the crisis addresses the massive Affordable Care Act premium hikes in the fall that voters would experience if no legislation was passed. This is the pure definition of passing the buck down the road. Extending these subsidies will cost taxpayers tens of billions — and then, two years from now, they will expire again.

Imagine if our households were run the same way politicians treat taxpayer funds, knowing that these extensions will have to be passed every few years but not accounting for that in the total cost.

That’s why Democrats are desperate to pass something — anything — before November, and the proposed new Medicare “negotiation” would help with the government accounting tricks so Democrats could claim they are saving money while preventing premiums from spiking right before voters cast their ballots. According to the Congressional Budget Office, the skinny bill’s drug price provisions would reduce the deficit by $288 billion over a decade — but Democrats plan to take any “savings” and put them toward other government programs.

However, note that these federal subsidies are also helping to pad insurers’ bottom lines. In fact, the Wall Street Journal recently reported that while the price of drugs remained relatively stable amid rising inflation, rising 2.5 percent over the past year, health insurance soared 17.3 percent during this time. While the government spends more and more on subsidies, insurance companies also make more money.

Here’s the sad reality of what’s to come if we continue down this treacherous path of passing legislation that doesn’t really siphon off the government spending waterfall, nor does it actually benefit patients: between 73 percent and 87 percent of Americans would be worse off under a government-run socialized healthcare system.

We are standing at the entrance of this reality, and the bill’s drug-pricing provisions would act as the doorbell, inviting the left to just keep going.

Jack Kalavritinos is executive director of the Coalition Against Socialized Medicine. He wrote this for InsideSources.com.