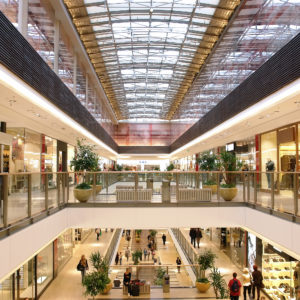 At the start of 2017, America stands at the edge of a new age of the boycott. Around the country, thousands of people concerned about the environmental effects of fossil fuels have pulled their money out of accounts at Wells Fargo, U.S. Bank, and other financial institutions with investments in oil. And it doesn’t stop there. Under the hashtag #GrabYourWallet, a new campaign is advocating boycotts of companies that supported Trump and department stores that carry his or Ivanka Trump’s branded merchandise. It’s a a thorough list, which in the end may be its downfall: If you are avoiding the Trump name, where can you shop?

The Grab Your Wallet campaign began in October, when digital strategist Shannon Coulter compiled the list to help people offended by then-candidate Donald Trump’s comments about women avoid supporting his companies. She compiled a list of 66 companies slated for boycott for everything from directly supporting Trump’s campaign to selling Ivanka Trump shoes.

To help would-be protesters, the list is divided up into a top 10 and a longer list of “other companies we are boycotting,” helpfully arranged in order from most to least boycottable. The list demonstrates how centralized American retail has become. It’s not just that a full boycott is difficult. Given the companies on the list, it would be next to impossible.

Boycotting any retailer with connections to Trump means avoiding Amazon.com, whose revenues account for just under 25 percent of the U.S. online and catalog sales.

It also means avoiding most major department stores, including Macy’s, Bloomingdale’s, Nordstrom, Dillard’s, Neiman Marcus, Saks, DSW, and Burlington Coat Factory. While most Americans are unlikely to book at stay at a Trump Hotel, or to require the services of Kushner Properties, they probably will buy shoes from DSW, a coat from Macy’s, or a gallon of milk at Walmart.

(The list was amended late on Friday, after Nordstrom announced that it would no longer carry the Ivanka Trump line. Grab Your Wallet says that Nordstrom will be removed from the list entirely once discounted merchandise is sold.)

The sheer scope of the boycott means it is unlikely that many people will be able to fully support its goals. Nordstrom announced that its decision not to carry additional Ivanka Trump products was motivated by poor sales performance, but did not reference the boycott. It is unclear if Grab Your Wallet had any influence on the decision.

“Each year we cut about 10% [of brands] and refresh our assortment with about the same amount,” the store said in a statement.

Still, Coulter and her supporters are counting the decision as a victory.

“The people who voted against Donald Trump may have lost at the ballot box, but they can win at the cash register,” she said.