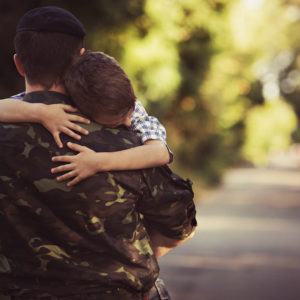 The data are clear: lengthy deployments to Iraq and Afghanistan do not harm the marriages of the service members sent there. But the troops who have been there know the truth — deployments are poison to military marriages.

The RAND Corporation published a study in 2007 that found deployments had no significant effect on the marriages of service members. Even the study’s author, Benjamin Karney, was surprised by the results. “Contrary to expectations, married service members who had been deployed were generally less likely to end their marriages than those who had not been deployed.” His only conclusion was that military families were “resilient.”

The Defense Department’s own Defense Manpower Data Center recently echoed RAND’s findings. Its annual report showed the military’s divorce rate has remained relatively constant from 1996 — five years before operations in Afghanistan began — until 2017 at approximately 3 percent to 4 percent, comparable to the civilian average.

But talk to service members and you’ll hear a different story. I served in Iraq in 2005 and 2010. All but one of the 12 soldiers with whom I stayed in contact has divorced since coming home. Eleven families broken by a deployment, 11 soldiers who place blame squarely on the stresses of deployment and its effect on the family.

When Lt. Col. Hugh O’Connor of South Carolina returned home in December 2010 after his second deployment to Iraq, his wife had an early Christmas surprise for him.  “Within an hour of me coming home, she told me she had figured out how to be happy without me.” The couple divorced six months later.

Dig a little deeper and evidence supporting O’Connor’s experience emerges. A survey of U.S. Census data by career website Zippia found that three of the 10 career fields with the highest rates of divorce are in the military.

Sven Wilson, a political scientist at Brigham Young University, published a study in 2002 of military marriages from World War II to Vietnam. Using more extensive data than RAND or the Defense Department had, he found that combat veterans’ marriages were 62 percent more likely to end in divorce or separation than service members who did not deploy.

How to explain the huge disparity in the numbers? The RAND and Defense numbers just tally the number of military divorces as a fraction of marriages in the same year.  Wilson’s study looked at the risk of divorce over the life-cycle of an individual marriage. “Most of the divorces in the sample of veterans we used occurred after military service ended,” he said in a report.

Cherry-picking the data has given leaders in the Pentagon and Veterans Affairs a false impression of “resilient families” who can shrug off years of separation. The hard truth exposed by Wilson is that deployments decimate the marriages and lives of our service members. If the Department of Defense and the VA don’t understand the extent of the problem, how can they address it?

It’s been 12 years since the RAND study was published. The Department of Defense needs to make the study of the long-term effects of deployment on military marriages a priority.

In the meantime, only veterans like O’Connor will know what really happens to a marriage when troops come home.

Mark Stoneman is a retired U.S. Army major who served in Iraq in 2005 and 2010, and in Afghanistan in 2012. He wrote this for InsideSources.com.