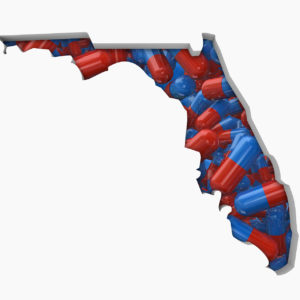 The issue of drug importation from abroad, particularly from Canada, is gaining nationwide traction. While savings is the primary reason behind those who drive for imports, most opponents say the idea is dangerous — both medically and politically.

In Florida, a bill to allow prescription drugs from Canada to be purchased by the state’s Agency for Health Care Administration and imported for use is headed to the state Senate. It has already been approved by the House and — if the bill gets Senate approval — it then must get U.S. Food and Drug Administration (FDA) endorsement, which may not be easy.

Florida follows Vermont, which last year became the first state to pass legislation allowing drug importation from Canada. The mostly liberal state’s action has yet to be enforced, as it hasn’t passed FDA scrutiny.

Interestingly enough, the Florida bill has full support from the state’s Republican governor, a strong supporter of President Donald Trump.

“The United States pays more for prescription drugs than anywhere else in the world,” Gov. Ron DeSantis said in a statement. “In Florida, we can change that by employing safe, common sense solutions such as importing FDA approved prescription drugs from Canada.”

There is broad and vehement opposition to the Florida legislation, mostly from conservative public interest groups and pharmaceutical companies.

Bolstering the opposition is the Partnership for Safe Medicines (PSM), a public health group consisting of 69 nonprofit organizations committed to the safety of prescription drugs and shielding consumers from fake, inferior or otherwise hazardous medications.

PSM has released ads in several parts of Florida that highlight what it believes are the dangers of importing medicine from Canada. In the ads, five former FDA commissioners not only state the organization’s main opposition, but also say the move is unlikely to reduce the price of Florida’s medicines.

The Florida legislation also obviously faces strong opposition from the pharmaceutical industry, which would clearly lose if drugs are imported from other countries.

“The United States is the gold standard when it comes to regulating the safety of our medicine supply. Importing medicines from countries that do not have our same strong standards could taint our medicine supply,” according to the Pharmaceutical Research and Manufacturers of America, or PhRMA, the industry’s trade association.

Some opposition to the legislation centers on the danger of possibly tainted imports, while others on the fact that the importation crushes free markets and supports socialist strategies. To wit:

There are several states and cities that are considering drug importation. And congressional legislation is also in the works — thanks in part to Sanders (I-Vt.)

The Affordable and Safe Prescription Drug Importation Act of 2019 was introduced in January in both congressional chambers: In the Senate by Sanders and in the House by Reps. Ro Khanna (D-Calif.), and Elijah Cummings (D-Md.).

If the bill passes, it would allow for the wholesale and personal importation of lower-cost prescription drugs from Canada. After two years, other countries would also be allowed to import drugs It would also mean Americans could lawfully fill their prescriptions with — and import medication — from ­licensed Canadian pharmacies by mail.

Sens. Chuck Grassley (R-Iowa) and Amy Klobuchar (D-Minn.) also introduced bipartisan legislation to legalize the importation of prescription drugs. The Safe and Affordable Drugs from Canada Act of 2019 would enable Americans to purchase cheap medicines from Canadian pharmacies for their own personal use.

Opposition to the congressional bills is mounting.

In an op-ed published by InsideSources on April 18, Terry Wilcox, co-founder and executive director of Patients Rising, a patient advocacy organization, advises federal and state representatives against drug importation.

“Countless American patients have learned the hard way that “Canadian” online pharmacies are often not Canadian,” Wilcox stated. “In recent years, thousands of patients across the country have been exposed to counterfeit drugs. Some have suffered serious injury, and some have died, as a result.

“An FDA operation in 2005 suggested that just 15 percent of purportedly Canadian online prescription drug purchases originate in Canada; the rest of these drugs come from distant countries, including China and Turkey,” she said.

In another article posted on InsideSources on April 22, the argument is put in starker terms.