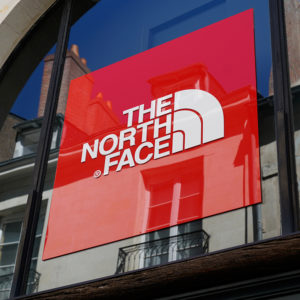 Despite Corporate Scolds at North Face, the Oil and Gas Industry Has Nothing to Apologize For

Santa isn’t the only one keeping a naughty list this Christmas.

Woke Capital has a long one, and the latest entrant is the entire payroll of Innovex Downhole Solutions, a West Texas manufacturer servicing the oil and gas industry.

When Innovex attempted to purchase each of its employees a North Face jacket as a Christmas present, it received a rejection letter from the apparel company. According to a peremptory note Innovex received in response to its order, it failed “to meet [North Face’s] brand standards.”

Evidently, merely operating in the oil and gas industry is enough to earn commercial ostracization.

One wonders what about the industry is so uniquely objectionable to North Face and its parent company, VF Corp. Is it America’s 14-year decline in carbon dioxide emissions driven largely by our adoption of natural gas?

Is it the industry’s unique ability to provide affordable, reliable energy capable of keeping modern life moving? Is it the countless well-paying American jobs that can support a family?

Given North Face’s principled stand against the oil and gas industry, those less versed in the performative antics of left-wing corporations might be surprised to learn that its pricey apparel is actually made using petroleum-based fibers.

They might also be confused by VF Corp.’s recent purchase of land at an airport in Colorado, where a new hangar will house the fleet of private jets that fly company executives around the world on the power of fossil fuels.

In short, like the rest of us, North Face is dependent on oil and gas for virtually everything it does.

Unfortunately, there’s nothing surprising nor confusing about the contradictions in which North Face has involved itself. Rather, the episode represents just the latest manifestation of corporate America’s determination to curry favor with a narrow slice of political opinion in coastal urban centers.

But one might expect that the decision to place an oil and gas services company outside the bounds of acceptable professional pursuits to backfire on North Face.

Isn’t it possible that the coastal liberal elites for whom the decision was made might rise up and demand that their favorite outerwear brand cleanse itself entirely from the polluting stench of fossil fuels — that they stop, for example, making synthetic fabrics or begin delivering their products exclusively using solar power?

What if North Face’s most loyal customers call its bluff and demand it puts its money where its mouth is?

That’s because their target audience in New York and San Francisco has no interest in rigorously enforcing the moral implications of the beliefs they demand corporations (and the rest of us) parrot obediently.

After all, liberal elites also depend on fossil fuels: they need it to get to work, to power their homes, to visit friends and family, and to travel the world. Anything more than symbolic gestures on the part of their favorite companies might eventually call their own convenient arrangements into question.

North Face and brands like them bank on such cognitive dissonance to bail them out when their hypocrisy is exposed.

As Innovex’s CEO pointed out in a letter defending his employees, those who work in the oil and gas industry simply don’t deserve the scorn heaped on them by companies like North Face. Oil and gas have advanced the cause of the human race in countless ways, including by extending the human lifespan and raising the quality life all over the world.

Innovex and its employees have nothing to apologize for. The same can’t be said for the corporate scolds at North Face whose cheap political pandering comes at the expense of hardworking Americans whose efforts North Face — and the rest of us — depend on every single day.