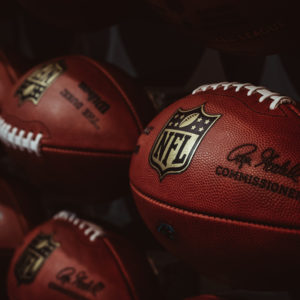 Despite Flaws, ’Rooney Rule’ More Than a Football Thing

Sixteen years ago, the ever-popular National Football League invented a policy called the “Rooney Rule.” The invention has been copied by other institutions, especially government-type agencies. It has been ridiculed by some, questioned by others. It often has helped its intended parties, but, unfortunately, the policy also has been circumvented by the subversive. Yet, despite the ups and downs, the policy lives on.

The “Rooney Rule” is a social experiment that simply means NFL teams are required to interview at least one person of color for job openings on the head-coaching and general-manager levels. Pittsburgh Mayor Bill Peduto liked the “Rooney Rule” so much that he adopted it for his city government and as a way to honor Dan Rooney, the former owner of the Pittsburgh Steelers for whom the rule is named.

Peduto, in a statement at the time, said, “I am honored to follow Mr. Rooney’s example and implement similar diversity measures in his beloved city.” Rooney died at age 84 on April 13, 2017; Peduto’s announcement came a few days later.

The Rooney family is an institution in Pittsburgh, beginning with Dan Rooney’s father, Art Rooney Sr., the family patriarch. In 1933, Art Sr. paid the NFL the $2,500 franchise fee (reportedly from horse-track winnings) to establish a football franchise in Pittsburgh. Imagine that: $2,500.

The last organization to shell out an expansion franchise fee to join the NFL was the Houston Texans. The inaugural year: 2002. The fee: $700 MILLION.

But this story is more than about NFL Economics 101.

Art Rooney Sr. died at age 87 in 1988. Academy Award-winning actor Art Carney portrayed him in the movies, as Art Rooney Sr. was a man ahead of his time. A progressive type, in the 1930s-1940s he assisted with financial support for the Homestead Grays, the Negro League baseball team located near Pittsburgh. He and son Dan also hired the first black decision-making executive in an NFL front office during modern times, that being Bill Nunn in 1967. Nunn was most responsible for the Steelers drafting a bevy of black players from Historically Black Colleges and Universities, which helped construct the Steelers’ powerful Super Bowl teams of the 1970s. We all remember the Hall of Fame Steeler names: John Stallworth, Mel Blount, etc.

Now that’s what this story is about: decision-making.

Dan Rooney was just as progressive as his father, serving as chairman of the NFL’s Diversity Committee, hence the moniker for the “Rooney Rule.”

The Monday following the last regular-season Sunday of the NFL traditionally has been called “Black Monday,” because of the expected firing notices. This time, the date Dec. 31 was “Black Monday” in a literal sense.

Some critics have blurted for years that the “Rooney Rule” is dead. It may have been staggered like a wobbly boxer in the NFL, but the rule appears to be spreading elsewhere.

In February 2017, Senate Minority Leader Chuck Schumer stated this mandate to Senate Democrats and their staffs: “We must ensure the Senate be more reflective of our country’s diverse population. Expanding the diversity initiative, following the ‘Rooney Rule’ and dedicating ourselves to increasing diversity are important steps we can take to help achieve that goal and better serve our country.”

As for the NFL, when the “Rooney Rule” was first instituted, the league featured only two black head coaches. Now the NFL is facing a public-relations nightmare. Which begs the question: Will NFL teams sidestep hiring black head coaches altogether as an avenue to avoid dealing with firing controversies?

Determining whether the five black head coaches should have been fired is an exercise in subjectivity. Who is to say, except the guys with the Final Say, as in the team owners.

Let’s be real: Four of the five black head coaches already were operating from a deficit platform. The NFL has morphed into an offensive enterprise hell-bent on producing points by the bushel and sexy quarterbacks. That’s more fun for the fans, higher ratings for television and potentially additional revenues for the league.

Four of the black head coaches fired were grounded on the defensive side of the football: Steve Wilks of the Arizona Cardinals; Marvin Lewis of the Cincinnati Bengals; Vance Joseph of the Denver Broncos and Todd Bowles of the New York Jets. The one offense-based black coach fired was Hue Jackson of the Cleveland Browns.

Now examine the NFL trend. Look no further than the Indianapolis Colts and Philadelphia Eagles, who won the Super Bowl last season. Their coaches, both of whom are white — Frank Reich and Doug Pederson, respectively — share a common trait: They were backup quarterbacks in the NFL.

“Teams are looking for the next ‘quarterback-whisperer,”’ said Brian Joseph, an educational consultant and sports-analytics expert in Long Beach, Calif. “The new path to an NFL head-coaching position is to start first as a quarterbacks coach. That will be the new model.”

Reich and Pederson took the same path to success in the NFL: from backup quarterbacks on the field, to quarterback coaches, to offensive coordinators, to head coaches. That’s their blueprint in today’s new NFL mantra of “Let’s Go Offense,” as defenses have been devalued.

All of this poses a significant problem for most black candidates. There isn’t exactly a plethora of black quarterback coaches in the pipeline. And, realistically, how many black former quarterbacks have even considered coaching or front-office positions, other than Doug Williams of the Washington Redskins?

The “Rooney Rule,” implemented in 2003, has been tweaked and adjusted to better ensure the spirit of the process and plug loopholes; one adjustment allows women to compete for NFL executive positions. The NFL hopes those tweaks also will curtail the practice by some teams of “pretending” to interview a black coaching candidate simply to comply with the “Rooney Rule” but with no honorable intention of even seriously considering said black candidate.

Those nagging issues certainly didn’t stop former Secretary of State Rex Tillerson from implementing the “Rooney Rule” during his tenure. Remember, in August 2017, when Tillerson announced: “Every time we have an opening for an ambassador position, at least one of the candidates must be a minority candidate.”

Though Tillerson didn’t vocalize the exact moniker, he was invoking the “Rooney Rule.” A rule that isn’t dead yet, and appears to be expanding beyond America’s football franchises.