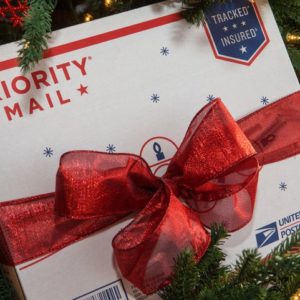 It’s beginning to look a lot like Christmas … at least at the post office. The U.S. Postal Service is busy getting its holiday shipping plans together, and the agency has its work cut out for it.

In a strange twist, America’s mail carrier may find itself with too many workers and cargo capacity for parcels. According to a report by consulting firm ShipMatrix, package carriers (including the Postal Service) will be able to handle about 110 million parcels per day this holiday season. But consumer demand will average only 92 million parcels daily, resulting in excess capacity and cost unless carriers keep their networks nimble.

The Postal Service can sleigh its red ink by right-sizing operations and embracing smart hiring.

The Postal Service has already announced that it will be hiring  30,000 seasonal employees for the December rush. This is a sizeable shift from the agency’s usual practice of hiring 35,000 to 40,000 seasonal workers and a hopeful sign that the service is factoring in demand forecasts. These new workers, however, are unlikely to be genuinely “seasonal.” The agency recently announced that “the Postal Service has converted more than 100,000 employees from part time to full time, career positions since the beginning of 2021.”

These full-time conversions put plenty of pressure on postal finances because career employees earn roughly double what corresponding non-career employees make. This compensation gap is no small issue, given that labor costs are about three-quarters of USPS’ expenses.

Recent “reform” legislation may have shifted retiree health costs to other (struggling) federal agencies, but this fiscal hot potato is unlikely to make much of a difference. About 90 percent of postal labor costs lie in the (non-retiree)  “compensation and benefits” bucket, and employees’ unions know how to keep the funds flowing. Unions such as the National Postal Mail Handlers Union and the American Postal Workers Union confidently enter into negotiations with the Postal Service with the knowledge that, according to federal law, intractable impasses between unions and the service will automatically force the agency into a binding arbitration process. That means a mediator is certain to grant at least some concessions to the union, a process the American Postal Workers Union admits is friendlier to them than private-sector union-management standoffs.

In short, the Postal Service is creating a pipeline where “seasonal” employees are placed in permanent, higher-compensated positions costing the agency a pretty penny. This conversion-to-concession pipeline makes it far more difficult for the agency to shrink its network when demand falls, putting the service at a distinct disadvantage to private-sector competitors.

The Postal Service can solve its holiday delivery quandary by hiring truly temporary help as needed. Even if the agency over or under-hires for a holiday season, this imbalance won’t hurt the agency fiscally for years. In contrast, a bloated full-time payroll amounts to a permanent lump of coal for taxpayers.

There are also other ways the service can maintain a lighter footprint. A 2021 report by the postal inspector general notes that “among nearly 13,000 underwater (financially weak) post offices, one-quarter are within three miles of another post office and more than half are within five miles.” The service could close these post offices without sacrificing access for nearby consumers.

America’s mail carrier is determined to meet demand this year and help give Santa a break. It can certainly do so without leaving taxpayers out in the cold.