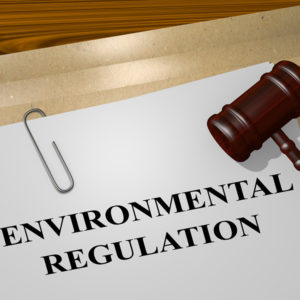 Developers Know How to Dodge Environmental Reviews; Now They Might Have Help From the Federal Government

Posted to Politics March 17, 2020 by Cynthia Giles and Janet McCabe

The Trump administration is making good on its threat to weaken the country’s environmental laws by proposing sweeping changes to the National Environmental Policy Act (NEPA).

This 50-year-old law forms the bedrock of federal environmental protection; it requires that federal agencies take a hard look at potential effects to air, water and other shared resources before a project — be it a highway or a gas pipeline — is approved.

We led the offices at EPA in charge of NEPA reviews and air pollution for eight years. In our experience, developers and other project proponents routinely try to dodge the scrutiny NEPA requires. But now, the Trump administration’s proposed rule would embrace these common avoidance strategies and enshrine them in federal regulations.

Here are a few favorite dodges from the developers’ playbook:

Dodge No. 1: The Blinders. This dodge involves focusing on the area that will be directly disturbed and ignoring other likely effects. Let’s say your project seeks to raise the height of a bridge at a port entrance to accommodate much larger ships, carrying three times more cargo than is currently possible. The blinders-wearing perspective says you only have to look at the effect of installing new pilings to support the bridge, called “direct effects” under existing NEPA rules.

But common sense says that tripling the cargo will require many more trucks to haul it away, which will significantly increase air pollution in the surrounding neighborhoods. Under current rules, NEPA analysis has to consider that additional air pollution as an “indirect effect” of raising the bridge. If you lived next to the port, those effects might not seem so “indirect” to you and your family.

Dodge No. 2: The Bubble. Those who use this dodge pretend the proposed project exists inside a bubble, where it is the only thing that has or ever will be built. In real life, of course, each new project joins a crowded landscape of existing polluters. That’s why NEPA asks whether a proposed project will add to such “cumulative impacts.”

We know, for example, that the Gulf of Mexico is choking from the huge load of nutrients from agriculture and other sources that the Mississippi River sends southward. Should a project that proposes to dump more nitrogen into the gulf be able to ignore the huge dead zone that is already there? The depressing spinoff of this argument, often adopted when ignoring cumulative impacts is impossible, is to claim that because the cumulative impact is already so terrible (the gulf is doomed!) that the project doesn’t even matter. This is the anti-NEPA: things are so bad we should just give up.

Dodge No. 3: Not My Problem. This dodge may dismiss potential effects because they will happen far away. (Hey you downstream people near the gulf: not my problem!) Or it may ignore effects that won’t happen immediately. (It will take a few years for all those polluting trucks to appear at the port, so not my problem!) Or the perennial favorite to duck responsibility for greenhouse gas emissions: everyone is doing it. (This one project can’t solve the entire global problem of climate change, so definitely not my problem!)

The proposed changes to NEPA would essentially write these dodges into law, by:

—Focusing required reviews on what used to be called “direct” effects and removing references to “indirect effects,” leaving it up to the project proponent to decide whether to consider effects that are “later in time or further removed in distance.”

—Announcing that analysis of cumulative effects is no longer required.  So sorry, Gulf of Mexico.

—Refashioning NEPA as the Not my (Environmental) Problem Act: no need to look at effects happening later, farther away or as a result of a more involved causal chain. Such as, of course, climate change.

The anti-regulatory zeal that underlies this proposal is evident throughout. It has nothing positive to say about the environmental progress NEPA has inspired, and instead views NEPA as only a burden and expense. It undercuts accountability at every turn.

And then, just in case there is any doubt about who is in charge, the proposed rule throws in this kicker: let the applicants do the environmental analysis themselves. That’s right! No need for those pesky government agencies. Hand the government pen to the companies that would profit from the projects.

With this provision, the Trump administration abandons any pretense that the rules are there to protect the public and the environment.

In its effort to undermine anything that could stand in the way of a project — especially any obligation to consider climate change — this proposed rule sweeps away many provisions that for decades have protected communities from serious environmental effects and destruction of important ecological, historical and cultural resources.

What it does not do is make the case or, indeed, provide any evidence that weakening NEPA will make projects go faster. The Trump administration claims that new NEPA regulations are necessary to speed up projects, but the proposal ignores government studies showing that NEPA isn’t a major reason for project delays.

The proposed rules would be harmful to any person who has benefitted from the cleaner air and water and the government accountability that NEPA has so powerfully advanced. Which is to say, everyone.

NEPA is the exemplar of transparent government decision-making and a pillar of the U.S. environmental movement. It arose in response to public outcry, and it may still be protected the same way.

Cynthia Giles served as the assistant administrator for the EPA Office of Enforcement and Compliance Assurance. She is a guest fellow at the Harvard Environmental and Energy Law Program. Janet McCabe served as the former acting assistant administrator, EPA Office of Air and Radiation. McCabe is director of the Environmental Resilience Institute at Indiana University. They wrote this for InsideSources.com.