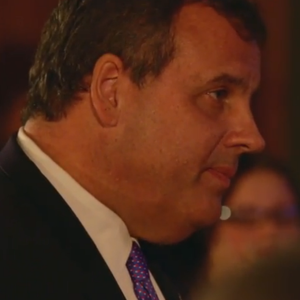 As Chris Christie continues to struggle in GOP presidential primary polls, InsideSources in partnership with maslansky + partners has analyzed new dial testing that indicates the combative New Jersey governor may yet find a path to the nomination: a more personable, less confrontational style on the stump.

Christie best shot lies in New Hampshire, where Republicans are fast preparing to cast their ballots for the GOP nomination in February. A recent video of the New Jersey governor discussing his views on drug rehabilitation and what it means to be pro-life went viral late last month — and has some pundits speculating Christie could yet score an upset in the Granite State.

While Christie was excluded from the most recent GOP debate because of his low poll numbers nationally, the RealClearPolitics polling average in New Hampshire has Christie within striking distance of every candidate except Donald Trump, who maintains a strong lead.

A recent poll of New Hampshire residents found that drug abuse ranks as the top issue facing the first-in-the-nation primary state. One quarter of respondents said drug abuse was the most important issue in the state, ahead of 21 percent that identified jobs and the economy.

The recent Christie video, filmed at an event in New Hampshire, proved popular with not only Republicans, but also Democrats and independents, who will be allowed to vote in New Hampshire’s open primary.

Christie, long known for his tough talk on fiscal issues, could win over new supporters with his softer approach on drug rehabilitation, according to the results of dial testing conducted by maslansky + partners, a language strategy firm, in cooperation with InsideSources.

The dial group was geographically diverse and included 16 Democrats (blue), 29 Republicans (red), and 15 independents (yellow). The black line is the average of all participants.

It remains a long road ahead for Christie to win, but he has now identified a message that could help him break through in a crowded field.

Jenn Dahm Peterson, vice president at maslansky + partners, offered this analysis of why Christie’s rhetoric plays so well on this issue while some of his opponents sound tone deaf:

“It’s all about story. The dial lines go up when he talks about a girl, imprisoned, addicted to heroin. By the time he’s done every one of all political backgrounds is nodding their head, thinking, “He’s right. We need to help her.”

“Stories personalize a problem. They make it matter. Hillary Clinton has been effective using a similar play. She has held multiple events where she does more listening than talking on the issue, as parents and others personally affected talk about why we as a country should care about this.

“Ben Carson has taken an almost a polar opposite approach on the issue. He says prescription drug abuse is a result of losing our values and principles as a nation. It may play to some audiences. But the fact is, this is a huge issue, one where almost everyone knows someone who has been affected. It comes off as callous and out of touch.

“Bush has a position. He even has a person — his daughter — who has been impacted. But he doesn’t personalize. His messaging is about how “We over-medicate in this country.” I think lots of people would agree. But in a world filled with problems, that type of communication just isn’t going to make people care.