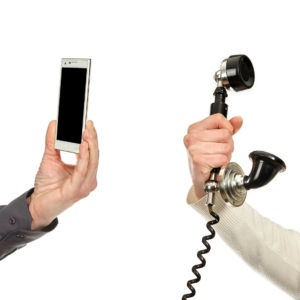 Digital Life — No Room to Hide

In 1984, during a six-week, six-country business trip through Sub-Saharan Africa, I communicated little with my girlfriend (now wife). Calls were difficult, brief and expensive. Email didn’t exist. World news was hard to find. Financial transactions required cash. Sometimes, almost no one knew my whereabouts. The isolation was both unnerving and exhilarating.

A string of memories reminds me how digital technologies ended the solitude and anonymity of that world — mostly, but not entirely, for the better.

In 1996, my wife and I watched a peculiar film: “The 5,000 Fingers of Dr. T.” The star looked familiar. My wife guessed he was “Jeff Miller” from TV’s “Lassie.” Pre-1996, we would have concluded “maybe” and shrugged. But the newfangled internet rendered the answer searchable. Indeed, it was Jeff Miller, played by Tommy Rettig, who had a brief film career, became a software guru, and died just months earlier. We had zero need of this information, but that evening’s search ended shrugs as acceptable responses to obscure questions.

Our then-pre-teen son’s teacher asked each student to write an essay about some animal. Rather than a cow or horse, he chose “anoplogaster” — a deep-sea fish almost entirely absent from the 1996-era Web. Searching did yield the email address of the world’s foremost anoplogaster expert — a marine biologist in Scotland. The son emailed, and a day later the requested information arrived. The biologist apologized for his 24-hour delay in answering. (He was diving off Cyprus.) Immediacy was now expected.

My family and I read a novel by Chaim Potok. We inconclusively debated a particular plot point. The web offered Potok’s email address, so we asked the author his thoughts. The next day, Potok sent a cryptic answer. Minor celebrities were now reachable.

Web-surfing led me to a site enabling viewers to manipulate a robot at some Australian university. I toppled the robot, eliciting an automated warning to be more careful. My grasp now reached the antipodes.

My employer lent me a Gordon Gecko-ish cellphone for a business trip. In a remote stretch of Idaho, the phone rang — my wife simply saying hello. Out-of-touch was obsolete.

Lecturing at the Federal Reserve, I asked listeners for home addresses. I entered them in Mapquest, and the screen flashed maps pinpointing their homes. This audience gasped at the loss of privacy and anonymity.

In Rocky Mountain National Park, my cellphone rang. My wife conveyed a university administrator’s panicky plea for some receipts. From 10,000 feet up, I helped her locate, scan and fax the receipts to my office. Henceforth, the office was ever-present.

In 2000, I flew to Almaty, Kazakhstan via Amsterdam. In Amsterdam, I spied a sign touting “Internet Cafe” — a new expression to me. Over beer and fries, I emailed my family in Virginia as they slept. Arriving in Almaty, my ATM card successfully summoned Kazakh currency. Communications and finance were now immediate and everywhere. The family’s response to my Amsterdam email was waiting at the hotel.

In 2001, a student emailed to say she wouldn’t be in class. Her brother-in-law was atop the World Trade Center when the planes hit and fired off goodbyes from his Blackberry. I wondered what a Blackberry was.

In 2015, an inspiring Cadillac ad featured Njeri Rionge, CEO of an East African internet provider. I tweeted the ad, including her handle. She clicked “like.” I clicked “follow.” She clicked “follow.” We texted, costlessly, for 30 minutes across 8,000 miles. We discussed how difficult my Africa-to-America communications had been in 1984.

Each of these memories went from unfathomable to commonplace. They ended a world we barely remember. Sometimes, I miss that world.