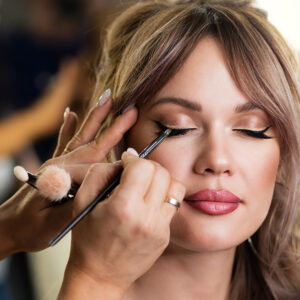 The misconstrued hostility toward big tech has spurred action in Washington and numerous proposals that would fundamentally alter how these companies operate. Current proposals, notably the Platform Choice and Opportunity Act(PCOA) and American Innovation and Choice Online Act (AICOA), exclusively target Amazon, Meta, Twitter, Microsoft and Apple by designating them as covered platforms and imposing significant restrictions on how they operate. Unfortunately, such targeted actions create an uneven regulatory environment and could also destroy the substantial welfare these companies provide consumers.

PCOA and AICOA are two bills being considered by Congress and have received significant bipartisan support. If enacted, the PCOA would create significant barriers for mergers and acquisitions and the AICOA would prohibit self-preferencing.

Both bills seek to impose significant restrictions on arbitrarily defined tech platforms. The legislation applies this term to businesses, including those who facilitate sales from third-party sellers, enable content creation via social media sites, and host databases and online queries. The term does not make much sense in practice as it arbitrarily combines diverse businesses under one umbrella.

Acknowledging the unique advantages the digital space offers, many brands and companies across industry sectors have moved online in an attempt to connect to a larger pool of consumers, thus creating an intertwined ecosystem where many markets overlap.

One example is Amazon’s partnership with the cosmetic line Haus Laboratories, founded by Lady Gaga. Hosting the Haus cosmetics line put Amazon in direct competition with other brands and platforms in the beauty space like Sephora and Ulta Beauty. Despite not being tech giants, their online presence turned these more traditional retailers into formidable competitors. For example, in 2020, Sephora made $5.9 billion in global sales, and Ulta Beauty made $6.2 billion in 2021.

Both Sephora and Ulta Beauty have their brands of cosmetic lines that directly compete with their third-party sellers, as does Amazon. While Amazon would be limited in ranking their products, businesses like Sephora would not be covered by the same limitations and would be free to self preference their goods and services. For example, Sephora currently ranks many of its items under an “only at Sephora” label, something its competitor Amazon would not be allowed to do.

Additionally, PCOA would limit mergers and acquisitions equal to or greater than $50 million and of firms that are in competition with big tech.

In 2020, Coty — the parent company of cosmetics brands like COVERGIRL, Rimmel, and Burberry — acquired a 51 percent stake in Kylie Cosmetics for $50 million, even though Kylie Cosmetics is a direct competitor of many of Coty’s existing brands. While Amazon would be prohibited from such mergers, its competitors in the beauty space won’t be. Therefore, the proposed rules create an uneven regulatory playing field where some winners would be given further advantage in the marketplace.

Limiting self-preferencing and mergers for Amazon while not doing the same for its competitors ultimately favors one set of consumers over the other and jeopardizes Amazon’s promise of two-day eyeliner.

Tirzah Duren is a policy analyst at the American Consumer Institute, a nonprofit educational and research organization. You follow her on Twitter @ConsumerPal. She wrote this for InsideSources.com.