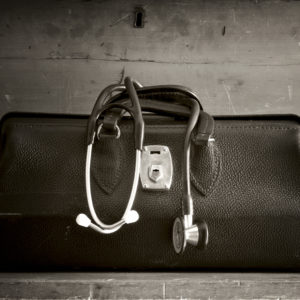 If Donald Trump is elected president, he may seek to build a wall on the U.S. border with Mexico. Consider a scenario broached by Carl Hulse of The New York Times: If Mexico refuses to finance the wall, a President Trump will have to seek funds from Congress. If Congress refuses to grant those funds, let’s assume Trump builds the wall anyway by directing the Treasury to make payments to contractors. If this happens, the people who have stood by as the Obama administration has repeatedly taken similar actions to implement the Affordable Care Act will have little room to complain.

Last week, the comptroller general — the government’s chief accountability officer — issued an official statement that the administration has been sending unlawful payments to insurance companies through the ACA’s reinsurance program. These payments have totaled $3 billion thus far and have forced taxpayers to finance a larger part of insurers’ most expensive enrollees’ claims.

The U.S. House of Representatives filed suit against the administration for unlawful payments through another ACA program. These payments are to insurers for them to make plans more attractive by reducing enrollees’ deductibles and cost-sharing amounts. Congress never appropriated funds, yet the administration has paid insurers at least $10 billion through this program thus far.

In a decision in May, U.S. District Court Judge Rosemary Collyer struck down the payments, writing, “Paying out (cost-sharing subsidies) without an appropriation violates the Constitution. Congress is the only source for such an appropriation, and no public money can be spent without one.” She stayed her ruling, pending appeal.

News accounts suggest that the administration is on the verge of what could be its most brazen act yet — a massive taxpayer bailout of insurance companies offering ACA plans. This would occur through the risk corridor program — the program designed to transfer money from insurers that made profits to insurers that incurred losses on ACA plans.

In late 2013, members of Congress — led by Florida Sen. Marco Rubio — first raised concern about the potential for a bailout through risk corridors. The Department of Health and Human Services responded by issuing a regulation that it would ensure the program was budget neutral. This means payments to unprofitable insurers would equal payments from profitable insurers.

HHS wrote, “The Affordable Care Act requires the Secretary to make full payments to issuers. In that event, HHS will use other sources of funding for the risk corridors payments, subject to the availability of appropriations.”

Congress subsequently intervened to prevent a bailout by explicitly denying an appropriation. In both the 2015 and 2016 funding bills, Congress, in large bipartisan votes, made the risk corridor program budget neutral. President Obama signed both bills.

Making the risk corridor program budget neutral has likely saved taxpayers more than $7 billion for the 2014 and 2015 plan year. Many insurers, displeased by this development and unconcerned about the massive hit to taxpayers, have sued.

Late one Friday afternoon last month, HHS announced that it is ready to settle these suits. The Washington Post has since reported that the administration is seeking to use the so-called judgment fund to settle with all insurers, not just those that sued. The Post reported that HHS has used the judgment fund for a total of $18 million over the last several years. A risk corridor settlement would be billions.

In a twist, the Department of Justice has taken a different position, filing motions to dismiss both lawsuits just one day after the Washington Post report. According to health policy professor Tim Jost, an ACA supporter, “The motions filed in both of these cases is a full-throated repudiation of any obligation of the payments.”

Justice argued, in part, that Congress has never given authority to pay for the risk corridor payments. Unfortunately, a lack of authority or appropriation from Congress has not stopped the Obama administration from delivering insurers participating in the ACA money before. Given Justice’s position, it will be clear that if money is delivered to insurers through risk corridors, the people in the White House and HHS will have acted against the legal position of career professionals at Justice.

Brian Blase is a senior research fellow focusing on health care policy with the Spending and Budget Initiative at the Mercatus Center at George Mason University and the author of new research on “Downgrading the Affordable Care Act: Unattractive Health Insurance and Lower Enrollment.”