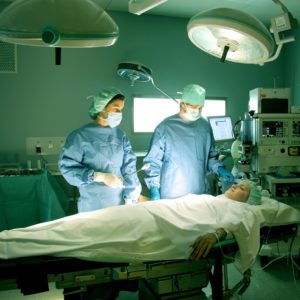 President Trump and congressional Republicans have a second chance to take a whack at the Obamacare piñata – and the beauty of it is that this time, Democrats may want to take a swing at it, too.

“It” being the Independent Payment Advisory Board (IPAB).

AKA, the death panel that was much in the news during the debate over passage of the Affordable Care Act, but which then quietly faded away…for the time being.

And for good reason – especially as far as Democrats are concerned.

Because the IPAB hasn’t been “constituted” yet.

It is, however, slated by statute to come online once Medicare spending reaches a certain threshold relative to the Consumer Price Index. Kind of like an alarm clock you hope never goes off.

Given the continued rise in health care costs, especially Medicare costs (the “Affordable” Care Act’s easy promises of reduced costs notwithstanding) this could happen next year. As soon as the actuary for Medicare/Medicaid Services issues a report – already overdue for 2017 – that the “targets” have been exceeded, the IPAB automatically rises to life – in order to dispense death.

And that is what has Democrats worried.

Nominally, the IPAB was created to control Medicare spending – supposedly by cutting red tape and so on. In practice – and notwithstanding assurance to the contrary – it would inevitably become a de facto price control/care-rationing body, cutting costs by unilaterally reducing “authorized” payments to doctors and other providers – and by the simple expedient of declaring various treatments “not cost-effective,” thereby denying treatment outright.

To paraphrase Joe Stalin: No care, no problem.

It is Orwellian that the same Democrats who endlessly accuse Republicans of seeking to “deny care” to people have done exactly that – by legislative and bureaucratic fiat.

By statute, the IPAB is required to cut costs in line with arbitrary “targets” – regardless of the effect on care. There is no provision for judicial or administrative review. Even the president is powerless to remove IPAB bureaucrats, once they are appointed.

The IPAB is effectively both omnipotent and unaccountable.

This, perhaps, is what former Speaker of the House Nancy Pelosi – and ardent backer of the Affordable Care Act – meant when she said: “You have to pass it in order to find out what’s in it.”

And it’s no surprise that almost everyone who has found out what the IPAB actually is – and will soon do – either loathes it or is uneasy about defending it.

Which presents a fantastic opportunity to do away with it.

Republicans have of course always objected in principle to the idea of empowering government bureaucrats to interpose themselves between patients and doctors; to the rationing of care – and to government death panels.

Democrats, on the other hand, are boxed into a corner. The whole point of Obamacare was to increase access to care – or so they claimed. But the ugly fact is that the IPAB will reduce access to care. Will ration care.

In particular, older people – those dependent on Medicare.

This time, it won’t be hard-hearted insurance companies that pull the proverbial plug on grandma. It will be the much harder-hearted government. One can always change insurance policies. But there is no way to get away from government.

If the IPAB is ever “constituted,” it will be compulsory. You will not be allowed to say “no, thanks” to it. You will not even be asked.

The 15 unelected bureaucrats will simply decree.

Democrats will have a tough time facing their constituents once they find out what the IPAB is all about.

The good news – the huge news – is that it’s politically feasible to prevent the IPAB from ever being “constituted” – if action is taken within the next couple of months. A provision was built into the arcana of the Affordable Care Act that makes it possible to hit the delete button on the IPAB without broaching the broader issue of the ACA itself.

In other words, it is not necessary to repeal and replace Obamacare in order to get rid of the IPAB death panel. It’s an a la carte opportunity to nix a dangerous provision of Obamacare.

Republicans not only oppose the IPAB as a matter of principle, they very much need a legislative victory, particularly on the health care issue.

Democrats may not be particularly interested in helping them win one, of course. But they aren’t in a strong position to prevent one, either.

It will be very politically difficult for them to defend rationing health care – and denial of care outright – to their constituents. They may not smile and shake hands for the cameras over this, but it’s not likely they’ll mount a vigorous opposition, either. Democratic Sen. Ron Wyden of Oregon has already joined with Republican John Cornyn of Texas on bipartisan legislation to repeal the IPAB – and there is a companion repeal measure in the House that has 124 co-sponsors.
Republicans could easily jump-start the effort to repeal and replace Obamacare by getting rid of it one piece at a time.

And with the help of Democrats this time.