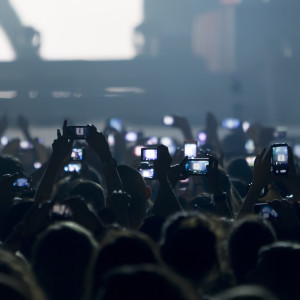 Do We Connect to Disconnect?

Concert season soon begins. If you’ll also be attending concerts this summer, be sure to take note of a recent live-event phenomenon.

Last year, I saw Billy Joel, a concert I’d been wanting to see for years. He did not disappoint. “Son, can you play me a memory, I’m not really sure how it goes…” Memories of the concert are no doubt fuzzy for some. As I was present in the moment, enjoying a living legend exhibit his talent, it seemed concert-goers were watching the Piano Man on their phones, trying to record. They missed the experience.

Go on YouTube. You will find thousands of Billy Joel videos. But the concert is about watching it live, singing along, sharing a memory with friends.

Too often today we seem to miss out on meaningful personal connections in favor of digital connections. According to a 2015 Pew study, 89 percent of cell phone owners used their device during their most recent social gathering. A vast majority, 82 percent, agree that phone use has a negative impact on social gatherings. Phone use is not explicitly anti-social. In fact, only 30 percent said they used their phones for means of retreating from the group activity. Meanwhile, 78 percent of those surveyed cited purposes related to the group activity, which more often than not involved letting their social networks know just how much fun they were having.

This leads to the next step in an unfortunate cycle as the friends who aren’t there see the supposed “social event” and feel the anxiety from Fear Of Missing Out. Psychologists are beginning to recognize the effects of social media on FOMO. As we show off our YOLO moments, our social media acquaintances begin to feel worse about their lives. “I didn’t know Billy Joel was in town.” “My friends all went to the baseball game without me.” “I’m still single, but Kate now has a perfect family.” Research shows that tracking ex-partners on social media makes it more difficult to move on after a relationship ends.

But is anyone really living the life they portray on social media? We put forth our most-interesting-man-in-the-world selves for Facebook and Instagram. We neglect to show off the moments when we too are disappointed we’re not “in the room where it happens,” as the Hamilton lyric puts it. For those working in media and politics, the Wall Street Journal has documented the angst and FOMO felt by those who haven’t yet seen the hit Broadway musical. I’m certainly guilty of notifying Facebook immediately after I saw it, though thankfully, the theater does not allow cell phone use during the show. Madonna got herself in trouble for that.

None of this is to say that being plugged in is necessarily bad. Very little research shows negative health consequences to connectivity. But that’s not the point. We’re simultaneously missing out on the memories we should be making with each other and not remembering the details that make life interesting.

Many people feel like they’re contributing to a social experience by looking up information on their phones to share. It’s exciting living in the Information Age. I can grab my phone and find out: when was “We Didn’t Start the Fire” released (1989), what happened to that classmate in the eighth grade who stuck a paper clip in the electric outlet (now a computer forensicist), where did I leave my car keys (kitchen counter)? The problem is that we are now less likely to remember such things ourselves. Research suggests we’ve been primed to rely on Google and our phones to remember for us.

Society is over stressed, anxious, and possibly more disconnected than ever because we’re always plugged in. Technology makes our lives easier in many ways, but too often we’re connecting to disconnect.

We’re not using social media to simplify our lives but to hide.  In recent memory, people talked to strangers at coffee shops or tried to get a date at a bar. But it’s easier to stare down at our phones, check the score of last night’s game, and swipe through a few girls on Tinder.

People used to play board games together at the same table. Now they communicate through a headset on their Xbox.  Text messages have replaced loved ones’ voices.  Parties have turned into photo shoots, and dinners are interrupted by text messages.  People hide from the world by connecting.

Don’t give up your smart phone. But occasionally take the time to enjoy life in the moment. Have dinner with your family. Skip the selfie on your next night out. Host a game night for friends. My friends and I even designed our own board game, and we sit down and play it together every week. For an hour or two, we unplug and focus on each other.