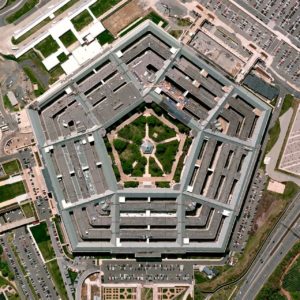 Two years ago, California Congresswoman Jackie Speier (D) told the Pentagon, “If a contractor needs 15 waivers to keep doing business with the DOD, it is time to find a new contractor.”

That contractor, Agility, is back in the news after the logistics company lost an appeal against Kuwait’s Public Authority of Industry and an arbitration claim with the Republic of Iraq, all in the same week.

Agility, which may be best known for a 2009 indictment by the U.S. Justice Department for defrauding the government, is claiming massive financial losses. Still, over the years the company has been granted multiple waivers by the DOD, a fact that has been subject to questioning by some members of Congress.

The first blow to the publicly traded, multinational global logistics and freight forwarder came on February 18, when the Court of Cassation ruled in favor of the Public Authority of Industry (PAI). In 2018, the PAI did not renew its contract with Agility for one million square meters of valuable industrial land located in South Amghara in Kuwait, which hosts several industrial and scrap facilities. A public disclosure from the company revealed that the decision would negatively impact revenues by $21,478,372 USD and negatively impact the company’s assets by around $92,522,220 USD.

The PAI has not commented on the case, but their decision to end a lucrative land lease contract raises questions about the company, which had been indicted by the Department of Justice for not complying with its contractual obligations.

Only four days later, Agility’s claim to recover more than $380 million it said it lost in Iraq had been rejected by the International Centre for Settlement of Investment Disputes (ICSID). Agility had claimed that Iraq indirectly appropriated its $380 million investment in Korek Telecom, an Iraqi mobile phone operator. The company argued the move violated a 2015 bilateral protocol between Kuwait and Iraq that encouraged the movement of capital and investment between the two countries. As a result of the ICSID dismissal, Agility was ordered to pay Iraq more than $5 million for costs related to the case.

These dual financial and legal blows have put Agility back in the spotlight.

Agility is not new to intense international litigation over its business practices. In 2009, the company was indicted by the DOJ on charges of defrauding taxpayers and having “grossly overcharged” the government. The company’s CEO at the time was Tarek Sultan, a U.S. citizen.

Agility – which at the time was one of the largest vendors to American troops in the Middle East – had won $8.5 billion in Pentagon contracts between 2003 and 2009. Barbara E. Nelan, assistant United States attorney, said that the company had deprived the government of $62.2 million by double charging for logistics costs, submitting false invoices, and knowingly inflating the cost of food and other essential supplies it was purchasing for the Pentagon.

The indictment led to a 9-year legal battle, which started under President Obama’s first term and was settled during President Trump’s years in office. But, while under indicted for fraud, Agility continued to do business with the government and has been granted waivers from the department.

The company, and its team of D.C. lobbyists, lawyers, and board of former senior Pentagon officials, took advantage of an operational loophole that permits contractors to work with the DOD if they can prove its services are critical to military operations. The practice of waivers is relatively rare and only extended in special cases, which may have been true in Agility’s case. Though, it’s noteworthy that according to the U.S. General Services Administration’s public disclosures, in the 10-year period from 2009 to 2019, Agility had received 15 of the 21 issued waivers, or 71 percent of the total. As recently as 2018, the Pentagon awarded Agility, the lone bidder, a $62.4 million contract to provide aviation fuel to support military operations in Guam.

The sheer volume of waivers issued to the Kuwaiti company has strained credulity for some members of Congress, who traditionally defer to military procurement officials’ judgment on if a contract extension is mission critical.

In 2019, Rep. Speier wrote a letter to Bruce Jette, the Assistant Secretary of the Army responsible for acquisitions, and Darrell K. Williams, the director of the Defense Logistics Agency, seeking answers about the waivers that overrode Agility’s suspension.  “If a contractor needs 15 waivers to keep doing business with the DOD, it is time to find a new contractor,” Speier wrote.

Since then, news of Agility’s work with the DOD has quieted. With the recent increased scrutiny on Agility following the two legal losses earlier this year, and Democrats now in control of the executive and legislative branches, eyes are on the House Armed Services Committee to see if oversight of the waiver system and Agility will come to a head.

Correction: An earlier edition of this story inaccurately reported that Agility’s CEO Tarek Sultan was named in the 2009 indictments. InsideSources regrets the error.