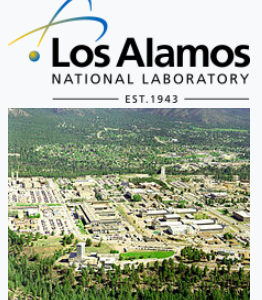 A U.S. Department of Energy (DOE) inspector general’s report admonishes the Los Alamos National Laboratory for being reckless in overseeing controlled substances, including an amount of fentanyl “with the potential to cause 1,750 deaths.” Other illicit drugs mismanaged due to inventory errors were cocaine, methamphetamine, codeine and morphine — all of which the national laboratory used for research, according to the report.

The southwestern New Mexico lab — located near Santa Fe — performs work related to all of DOE’s missions: national security, science, energy, and environmental management, as well as research and development for agencies such as the U.S. Department of Defense and the intelligence community.

As part of its objective, the lab conducts research involving controlled substances, according to the report. Los Alamos researchers study the controlled substances to help law enforcement agencies target trafficking organizations responsible for the production, distribution and diversion of illicit drugs and precursor chemicals.

The investigation that led to the new report “found that Los Alamos had not managed controlled substances in accordance with applicable Federal laws and regulations.” The report reviewed the labs management of illicit drugs from February 2017 through last month.

“Our inspection also found that Los Alamos possessed mislabeled procurement records, inaccurate inventories, and retained controlled substance inventories well beyond the conclusion of experiments,” the report says. “We determined that Los Alamos did not have appropriate institutional processes, procedures, or controls in place to monitor, track, account for, and dispose of controlled substances.

According to the report, inventory errors led to an overestimation of the quantity of fentanyl that was used in experiments, leaving 3.5 grams of the drug “not accounted for.” Fentanyl is a powerful synthetic opioid analgesic that is similar to morphine — but is 50 to 100 times more potent.

“In this instance, the surplus amount created an opportunity for the misuse or loss of a Schedule II narcotic that is increasingly being linked to drug overdose deaths in the United States,” the report says. “Based on this lethal dose amount, the loss or misuse of 3.5 grams of fentanyl due to an inventory error has the potential to cause 1,750 deaths.”

In another case, a procurement of 50 grams of fentanyl in 2015 was not listed on a registry until two years later, a week before inspectors arrived at the lab.

The report doesn’t say there was evidence that anything illegal or unethical took place, but it notes that mismanaging supplies of potentially deadly illicit drugs could have serious consequences.

The inspector general also cites instances in which controlled substances were mislabeled and retained “well beyond the conclusion of experiments” and that records were inconsistently maintained and included inaccuracies.

The report says the lab’s use of a centralized database for chemicals called ChemDB, which “was not designed to meet accountability requirements for controlled substances,” was one of the reasons for the mismanagement.

A Los Alamos spokesman told InsideSources that the lab began taking measures in January to correct the problem and even though the report “concluded there were administrative weaknesses in the management of controlled substances at the laboratory… no loss or misuse was identified.”

“A new comprehensive process for management of controlled substances has been in place for nearly a year,” the spokesman said. “This new system is institution-wide, and is administered by the laboratory’s Biosciences Division with Occupational Safety & Health oversight.

“The new system satisfies DEA [Drug Enforcement Agency] federal requirements to assure the materials are used, handled, stored and disposed of appropriately,” he said. “The laboratory performs research which includes development of detection methods for controlled substances, as well as methods to destroy controlled substances or render them safe.”

The DOE inspector general’s office said it wasn’t recommending any action because of the labs new policy for managing controlled substances, “but we suggest that Los Alamos implement its new institutional controlled substances policy and completes an initial evaluation of the policy’s effectiveness.”

Los Alamos was initially organized during World War II for the design of nuclear weapons as part of the Manhattan Project.