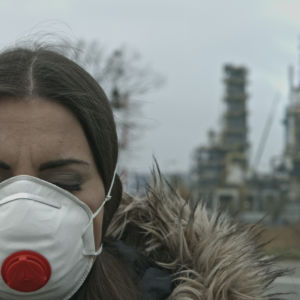 A decade ago, with gas prices flirting with $4 a gallon, Americans worried about fuel efficiency. But today, after technological innovation opened up the shale fields and dramatically lowered gas prices, that worry has faded. Without the pressure of high gas prices, the Obama administration imposed government standards to pressure automakers to improve engine efficiency. Now that a secure domestic supply of gasoline exists, these is little justification for the stringent corporate average fuel economy (CAFE) standards issued in 2012, says a new report from the Competitive Enterprise Institute.

“The Trump administration plan to ease fuel economy standards will save an estimated 1,000 lives a year on America’s roads and highways,” said Steve Milloy, author of the new report. “We should not let false fears and junk science about tailpipe emissions stop reforms that will reduce actual highway fatalities.”

The report wades into a debate over whether larger cars, with a higher crash safety rating, are better for overall consumer safety than smaller, lower emission cars. Although the best-selling cars in America are consistently small SUVs and trucks, which also score highly on consumer crash-test ratings, they are rated poorly on emissions efficiency. Regulators argue that lower emissions are a public health benefit on their own. Milloy, however, disagrees.

“There is no evidence that particulate matter [soot and dust in the air] kills anybody,” Milloy told InsideSources, “yet the EPA has tried to use that for 25 years to go after the coal industry and others.”

He noted that this was the justification behind rulings like the Obama-era Clean Power Plan, which gutted the domestic goal power industry. At the same time, he rejects the fundamental premise that air pollution has been demonstrated to cause negative effects in human health. While Victorian London may have been a dark place to live, he says, people were not dying because they breathed the air there.

“These traffic deaths are real. No one disputes that they happen. But can the same be said for the claim that PM in outdoor air kills people?,” says Milloy. He explains that, although the EPA has conducted studies on human subjects for decades, trying to see the effects on humans of exposure to particulate matter, so far, they have been unable to demonstrate a correlation or causation.

He argues that despite decades of experimentation on thousands of subjects, the EPA has yet to show that particulate matter harmed a single patient.

“US air is clean and safe,” he told InsideSources. “Fifty years ago, it wasn’t clean, but it was safe. In fact, our air has always been safe to breathe.”

In light of this, he says that the automobile industry would do better to focus on preventing collision related deaths. For this, larger vehicles are safer. Statistics from the Insurance Institute for Highway Safety confirm that automobile fatalities for car occupants outnumber those for SUV and pickup occupants by a three to one ratio. A larger vehicle mass helps to protect passengers in the event of a crash, even though it decreases fuel efficiency.

Air cleanliness standards are often enacted with the sense that to do otherwise would leave the U.S. in Dickensian London, surrounded by ever-present green-yellow industrial fogs. Looking at the evidence, though, this fear is overblown.

Over the past several decades, many industries have changed to adopt cleaner technology that reduces the amount of particulate matter in the air. Today’s cars have a much smaller impact than they did years before, and yet government regulators are pushing automobile manufacturers towards making lighter vehicles, which improve emissions but lower crash impact safety. This has continued to impact driver safety, but has done far less to change air quality than regulations on things like industrial emissions.

On the whole, American air is clean and safe. Concerns about its quality are largely restricted to specific areas, such as Los Angeles, where a combination of weather an geography traps smog closer to the ground. In light of this, the best way to address worries about smog are local changes, says Milloy.

“Air quality issues are related to broader natural phenomenons,” he said. “If LA wants to take all the cars off the street, the rest of the country shouldn’t have to live with the same decision.”