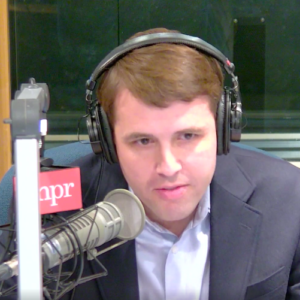 Does Chris Pappas Want to Kill the Electoral College? He Won’t (Quite) Say

Taking a page from the Joe Biden playbook, Rep. Chris Pappas (D-NH01) answered a debate question about the Electoral College by declining to answer. But that didn’t stop his GOP opponent from declaring Pappas on the wrong side of the issue.

During a debate hosted by NHPR Wednesday morning, Pappas was asked if he supported getting rid of the Electoral College. “I think that’s something we should take a look at,” and calling the system an “antiquated compromise.”

“I have great concern that we’ve had two presidents recently who have been elected without having a majority of the popular vote nationally,” Pappas added. “I support one person, one vote. That’s not a radical notion.”

But he stopped short of saying if he supported keeping or killing the EC system.

His GOP opponent Matt Mowers took Pappas’ answer as a “yes” and called him out on it. “I’m kind of surprised I’m sitting across the virtual table from a member of Congress from New Hampshire and not one representing New York or California with an answer like that. The Electoral College protects New Hampshire’s role in the electoral system.”

The issue would appear to be far afield from the duties of a New Hampshire congressman. Still, many of his fellow Democrats — including Sens. Jeanne Shaheen and Maggie Hassan — have embraced progressive calls to eliminate the Electoral College.

Many states, including New Hampshire, have considered legislation to bind electors to a National Popular Vote Interstate Compact, awarding the state’s electors to the winner of the national popular vote. While some big, blue states like Massachusetts and California have passed it, New Hampshire’s bill died in a Democrat-controlled committee 20-0.

Governor Sununu took a stance at the time the committee nixed the bill. “That type of politically driven sentiment would only serve to destroy the voice of New Hampshire voters in the election of our national leaders,” he tweeted.

Changing the Electoral College would create ripple effects with dramatic, unintended impacts on the entire electoral system. “And one ripple effect could well be these small-state caucuses and primaries go away,” said Ross. “Why would they still exist? There’s no reason for them anymore except that we’re used to it.”

So, why would Pappas, or any New Hampshire politician, support changing from our electoral system — which keeps small states like New Hampshire relevant in the process — to a popular vote system that would demote New Hampshire to electoral irrelevancy?

As NHJournal first reported last November, there is no polling to show local voters want to give up their influence in national elections. And why would they? Elections are one of New Hampshire’s key industries. Secretary of State Bill Gardner isn’t a Granite State hero because of civics.

It’s because the “First In The Nation” franchise is a moneymaker for the state’s hospitality, tourism and media industries. A national popular vote would undermine the very state-by-state election model that makes the #FITN work.

NHJournal contacted the Pappas campaign and asked for a direct response to the Electoral College question. Again, Rep. Pappas declined.

“Chris Pappas forgets that he represents New Hampshire, not the Bronx or D.C.,” Matt Mowers told NHJournal. “After saying that our motto ‘Live Free or Die’ should drift into the dark night, he is now bashing the Electoral College as antiquated.

“Pappas shares this radical opinion with extremists like AOC and Ilhan Omar. Pappas has forgotten New Hampshire in favor of the big city liberals who he partners with to raise our taxes and attack our police officers. In November, we’ll remind him that New Hampshire wants an independent leader, not a puppet for Washington liberals,” Mowers said.