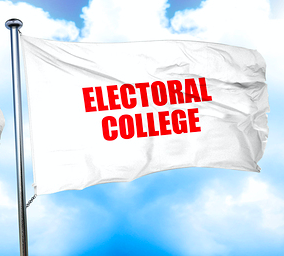 New Hampshire Senators Jeanne Shaheen and Maggie Hassan are angling to eliminate the Electoral College—and now editors at the Concord Monitor are jumping on that bandwagon, too. They urge state legislators to join an under-the-radar effort known as the National Popular Vote interstate compact.

National Popular Vote seeks to effectively eliminate the Electoral College without the bother of going through the process of a constitutional amendment. The proposal would be a de facto end of the constitutional system for electing the president using a simple contract among states instead.

How is that possible?

National Popular Vote’s compact requires participating states to give their electors to the winner of the national popular vote—regardless of the outcome within their own borders. So far, thirteen states plus D.C. (184 electors) have agreed to the plan. NPV’s compact goes into effect when 270 electors (enough to win the presidency) are committed.

New Mexico is also close to joining and would bring the total to 189 electors: NPV is awaiting a gubernatorial signature in that state.

NPV’s appealing sound bites have sucked legislators into endorsing a bad idea. Who doesn’t want to “make every vote count”? Of course “one person, one vote” sounds like a good idea. Further study shows that effectively eliminating the Electoral College, as NPV does, would be disastrous for a small state like New Hampshire—or any other small state.

Those states would have less influence, not more.

It’s a matter of simple pragmatism. Presidential candidates have limited time and resources. They cannot visit every corner of the country out of some idealistic notion of fairness. Instead, they will go where their resources can be most efficiently used. Once the presidential election system is driven by a need to get the most individual votes, the states and cities with the most individuals can expect to benefit.

Hint: Not New Hampshire or any other small state.

Why would presidential candidates go to rural New Hampshire to scratch out a few hundred votes when Los Angeles, New York, or Houston offer millions? Now consider that Hillary Clinton got 20 percent of her entire popular vote total from just two states: New York and California. The Electoral College punished her narrow focus in 2016. A national popular vote would reward it.

It’s been said that democracy is two wolves and a sheep voting on what’s for dinner. At the Constitutional Convention, the small states were pretty sure that they would get eaten, unless sufficient constitutional safeguards could be constructed.

Perhaps the most honest—the rawest—expression of this fear during the crafting of the constitution was made by Gunning Bedford of Delaware. “I do not, gentlemen, trust you,” Bedford blasted at the large state delegates. “If you possess the power, the abuse of it could not be checked; and what then would prevent you from exercising it to our destruction?”

The Convention ended in compromise. The large and small state delegates agreed to blend the best features of democracy (self-governance) with republicanism (deliberation and compromise) and federalism (state-by-state action). The Electoral College is a reflection of this compromise. Its structure requires presidential candidates to take into account the needs of a wide variety of American citizens—and it penalizes those who focus too single-mindedly on one part of the country or one type of voter.

States like Connecticut, Massachusetts, and Delaware have already approved National Popular Vote’s legislation, but the compact is still pending as House Bill 541 in New Hampshire. The Concord Monitor hopes that legislators will approve it.

They’d serve their constituents better if they soundly reject it.