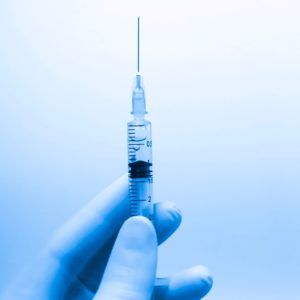 Getting Medicare costs under control is a full-time job. It’s a big, urgent public health problem. But a bad solution isn’t better than none at all and some proposed cost-cutting measures could end up doing much more harm than good.

Under their proposal, the federal government would step in to negotiate prices directly with drug makers. The idea is that the government, with its vast buying power, can get a better deal than private payers. It’s a common sound bite.

Unfortunately, even the government’s own bean-counters don’t think there’s any savings to be realized this way. And the unintended consequences of the Doggett-Brown proposal are even worse: Limiting therapeutic choices for seniors and gutting incentives for investors and researchers to develop the next generation of groundbreaking cures.

Medicare Part D is very popular among American seniors, and rightly so.

Under the current structure of the program, private-sector insurers negotiate directly with drug makers on the price of their products for inclusion in insurance plans. Insurers pass these discounts on in the form of lower premiums. Seniors then choose from a wide variety of private-sector insurance plans and can usually find the one that best meets their individual needs.

By law, the government currently has to stay out of the price negotiations between insurers and drugmakers. The first thing the Doggett-Brown legislation does is lift this restriction, known as the “non-interference clause.”

But there’s a problem here. First, the government is unlikely to be able to get better prices from drug makers than insurers are currently obtaining. That’s the conclusion of both the Congressional Budget Office and the Office of the Actuary of the Centers for Medicare and Medicaid Services. Insurance companies already have an incentive to drive hard bargains, and drug makers go along within the constraints of maintaining the viability of their businesses.

And that’s where the second element of the Doggett-Brown proposal comes in. Their legislation would enable government regulators to seize the patent rights of innovative drug companies and give them to generics manufacturers.

Doggett and Brown are calling this theft “competitive licensing.” That’s a clever play on “compulsory licensing,” a mechanism that’s sometimes used in developing nations when a public health emergency creates the urgent need for the mass production of a particular medicine.  When a compulsory license is invoked, a national government can allow generic drug firms to help fill a medicine shortage if an innovative drug company can’t produce enough to meet public needs.

The proposed legislation would allow the U.S. government to seize patent rights whenever officials at Health and Human Services determine that a drug costs too much. This is extortion, backed up by the threat of theft. Vito “The Godfather” Corleone would love this legislation. But it’s an offer we must refuse.

Few Americans would argue against lower drug prices. But patent theft comes with a price of its own.

Circumventing intellectual property protections discourages innovation. It costs approximately $2.6 billion and takes up to 15 years to shepherd just one new drug through the research and development pipeline.

Companies need a chance to make a return on such massive investments. Patents, which give drug innovators sole ownership of a medicine for a set period of time, offer that assurance. No competitor can create, market, or profit from that medication until the patent expires. This period of exclusivity allows research drug companies to recoup their huge investments.

The system works. The United States is the world’s leading pharmaceutical innovator. Between 2001 and 2010, according to one major study, U.S.-headquartered companies were responsible for 111 of the 194 “new chemical entities” produced worldwide — more, that is, than all other countries combined.

U.S. drug firms would no longer be able to afford this groundbreaking research under the terms of the Doggett-Brown bill. They would be at risk of having the government step in to demand they turn over their patented products — or just as bad, accept whatever reduced price the government deems acceptable to prevent that outcome.

In other words, patients may never benefit from the next breakthrough cancer therapy or the long-sought cure for Alzheimer’s. That’s why the Medicare Negotiation and Competitive Licensing Act is an offer Congress really must refuse.