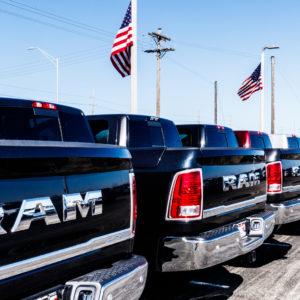 On Thursday, the Department of Justice (DOJ), the Environmental Protection Agency (EPA), and the state of California announced a civil settlement imposing tens of millions of dollars in fines on Fiat Chrysler and requiring the company to recall and repair more than 100,000 cars, specifically EcoDiesel Ram 1500 and Jeep Grand Cherokee vehicles from 2014-2016.

Under the terms of the settlement, Fiat Chrysler will pay a civil penalty of $305 million to the U.S. and California, implement a recall program to repair the affected vehicles, and implement a program to mitigate the excess pollution from the cars. These recall and mitigation programs are estimated to cost the company up to $185 million. If the company fails to repair 85 percent of the affected cars within two years, it will face additional fines. Fiat Chrysler must also offer an extended warranty for repaired vehicles.

In addition, the state of California has reached a separate $19 million agreement with the company to mitigate excess emissions from the 13,000 affected vehicles there. The company will also pay a $6 million fine to Customs and Border Enforcement to resolve allegations that they had illegally imported 1,700 noncompliant vehicles.

Fiat Chrysler was found to have cheated emissions standards by adding lines of computer code that changed how the vehicles performed during testing situations. During a test, the vehicles were programmed to use full emission control systems, while the systems were deactivated or reduced during real-world driving.

On a per vehicle basis, Fiat Chrysler’s penalty is higher than that paid by Volkswagen for a similar scandal in 2015. The government says that this is because Fiat Chrysler denied wrongdoing, leaving cars on the road longer. But Volkswagen had pleadings to criminal wrongdoing.

“Part of the problem with Fiat Chrysler is that they kept assuring us they were not cheating,” said Wheeler. “With Volkswagen they came forward much sooner.”

Announcing the settlement at a joint press conference on Friday, Assistant Attorney General Jeff Clark, who heads the DOJ’s Environment and Natural Resources Division, stressed that the DOJ is committed to properly enforcing environmental law and will impose harsh penalties on companies that try to skirt these laws. Fiat Chrysler must also enact corporate environmental management reforms.

“I’ll stress that there is a highly improved whistleblower program and we create a structural distinction requirement inside the company between the engineers who are working on actually building the emissions devices that will meet the standards and the ones doing the testing,” said Clark.

Previously, the company had not maintained a strict separation between the engineers who built and tested these systems, a situation which Clark said increased the temptation to cheat.

Thursday’s announcement end an investigation that began during the Obama administration. However, the car maker is still in discussion with attorneys general from other states. It has also agreed to a $280 million settlement with vehicle owners. Criminal charges are also possible in the future.