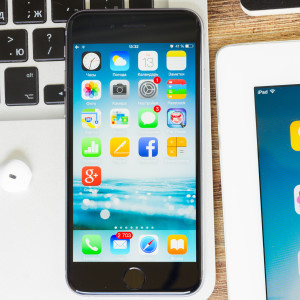 The Justice Department is continuing its effort to legally compel Apple to unlock an iPhone belonging to the defendant in a drug trafficking case, despite his decision to plead guilty.

Jun Feng, an alleged methamphetamine dealer, plead guilty to a federal drug charge case against him late last week, and on Friday, the government asked a federal judge to accept the plea. Despite the seeming open-and-shut nature of the case, the DOJ said over the weekend it will continue to pursue a case against Apple to force the iPhone maker to unlock Feng’s iPhone 5s based on an 18th-century law.

According to DOJ attorneys, the All Writs Act — a 1789 statute intended to fill gaps in legal authority where no preexisting statute applies — Apple should be made to unlock and potentially decrypt a suspect’s device for the government when provided with a search warrant ordering the company to do so (something Apple has done numerous times in the past without opposition, the government points out).

Eastern District of New York U.S. District Court Magistrate Judge James Orenstein, the presiding judge in the case, has been skeptical of the government’s argument since the start of the case, and offered the DOJ a chance to nullify the request Friday by asking if its argument against Apple was rendered inconsequential by Feng’s guilty plea.

RELATED: Apple Argues in Federal Court It Doesn’t Have to Decrypt iPhones for Law Enforcement

“In light of the fact that the defendant against whom evidence from the subject telephone was to be used has pleaded guilty, I respectfully direct the government to explain why the application is not moot,” Orenstein wrote Friday. “To the extent the response requires the disclosure of information occurring before a grand jury, the government may file its response under seal, along with a redacted version suitable for public access.”

Federal prosecutors responded they intend to continue pressing the case against Apple, as the case against Feng and the pursuit of evidence is considered ongoing until the judge sentences Feng.

“Feng pleaded guilty to a narcotics conspiracy, and the government’s investigation into that conspiracy is ongoing,” DOJ attorneys wrote Friday. “The underlying search warrant authorizes the government to seize evidence relating to Feng ‘and others,’ including ‘customers’ and ‘sources of drugs.'”

Department of Justice prosecutors seemed to further imply they intend to pursue the case as a matter of principle against Apple, likely as an attempt to set a precedent for compelling the iPhone maker’s cooperation in future similar cases.

“‘A case becomes moot when it no longer satisfies the ‘case or controversy’ requirement of Article III Section 2 of the Constitution,'” prosecutors wrote, quoting a previous case. “‘In order to satisfy the ‘case or controversy’ requirement, a party must, at all stages of the litigation, have an actual injury which is likely to be redressed by a favorable judicial decision.’”

“This matter is not moot,” the government continued, “because a federal court has issued a search warrant, based upon probable cause, authorizing law enforcement to seize evidence of narcotics offenses that is stored on the target phone, and that search warrant still cannot be executed without the relief sought in the pending application.”

The case has the potential to decide if the government can use the All Writs Act against Apple, Google and other communications providers who have adopted end-to-end encryption over users’ communications in the last year.

Feng’s phone is running a version of Apple’s mobile software, iOS 7, that preceded full end-to-end encryption now standard on iOS 8 and beyond.

A ruling in the government’s favor may not benefit future cases anyway — at the time Apple announced the new standard just over a year ago, Apple CEO Tim Cook said the iPhone maker put full encryption in place specifically to protect users’ personal data from government surveillance.

“On devices running iOS 8, your personal data such as photos, messages (including attachments), email, contacts, call history, iTunes content, notes, and reminders is placed under the protection of your passcode,” Apple posted on its website at the time. “Unlike our competitors, Apple cannot bypass your passcode and therefore cannot access this data. So it’s not technically feasible for us to respond to government warrants for the extraction of this data from devices in their possession running iOS 8.”

The Cupertino-based company has already made the argument in court it’s unable to comply because Apple itself can’t unlock users’ encrypted data without their passwords, and since the announcement last October, law enforcement across the U.S. led by FBI Director James Comey have sought a legislative means of mandating companies comply with court orders for access to encrypted user data.