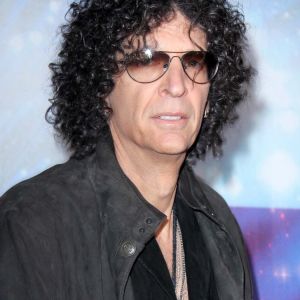 Donald Trump’s Next Big Challenge: His History With Howard Stern

He’s the presumptive Republican nominee for president. Even party chairman Reince Priebus says so. But now Donald Trump faces new hurdles heading into the general election, and one of them arises from his longtime friendship with a fellow New York media icon — legendary radio shock jock Howard Stern.

As BuzzFeed ably chronicled in February, Trump appeared on Stern’s show “upwards of two dozen times from the late ’90s through the 2000s,” routinely engaging in the kind of salacious sex talk for which the host is (in)famous. The Manhattan mogul “frequently discussed women he had sex with, wanted to have sex with, or wouldn’t have sex with if given the opportunity. He also rated women on a 10-point scale.”

“A person who is very flat-chested is very hard to be a 10,” Trump said. Not to be pigeonholed for his predilections, he lament certain breast enhancements as well, offering this commentary on model Carmen Electra: “The boob job is terrible — they look like two light posts coming out of a body.”

This type of talk is all well and good for Stern — again, it’s his stock and trade — but it’s politically perilous for a presidential candidate already viewed unfavorably by 70 percent of American women.

The “flat-chested” remark and the “boob job” quote are now featured prominently in a devastating ad released Monday by Democratic Senate candidate Conner Eldridge in Arkansas. The spot targets incumbent Republican Sen. John Boozman over his support for Trump, and conservative commentator Erick Erickson called it “a helpful roadmap to other Democrats” moving toward the fall campaign.

To be sure, this strategy has its limits. Analysis by the GOP data and analytics firm Evolving Strategies found that anti-Trump ads, including one highlighting his rhetoric on women, had no effect on the mogul’s male supporters. However, the same research revealed that some of Trump’s female backers could be persuaded to abandon him. It’s part of why Democratic strategists are planning to target married women, traditionally a Republican constituency, as Hillary Clinton bids to be the first female president on their ticket.

Stern’s archives will be helpful in this endeavor, which is why the shock jock may yet play a bigger role in this election. Unlike most talk radio giants, his political views are heterodox, but he’s left little doubt about his allegiance in the White House race.

“I’ve always been a Hillary Clinton fan,” he said last month. “I think she would make a good president.”

And yet Stern’s relationship with Clinton — and feminism more broadly — is fraught with contradiction. He’s mocked the former secretary of state over the years, and Trump’s comments about women don’t hold a candle to what Stern himself has said. In spite of it all, vocal Clinton supporter and feminist-of-the-moment Lena Dunham has dubbed the socially liberal Stern “an outspoken feminist.”

That’s quite something coming from the creator and star of HBO’s “Girls,” whom Stern once called “a little fat girl who kinda looks like Jonah Hill.” (The two patched things up on Stern’s show, and Dunham roasted the host at his 60th birthday bash, likening him to “a cartoon of a Jewish female horse.”)