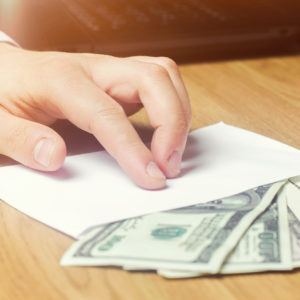 Many of the nation’s largest and most vocal environmental organizations have reportedly been accepting donations from a North Carolina billionaire who is also accused of bankrolling controversial anti-immigration groups.

These groups are behind a number of the immigration proposals supported by President Donald Trump, including constructing a wall on the border with Mexico, limiting immigration for lower income individuals, and ending birthright citizenship.

CIS and FAIR have both been designated “hate groups” by the Southern Poverty Law Center.

From 2004 through 2017, the Foundation for the Carolinas donated over $20 million to FAIR, CIS, and NumbersUSA. These three groups were founded by John Tanton, a Michigan ophthalmologist who was known for his desire to preserve America’s environment by restricting immigration.

Meanwhile, new research shared with InsideSources by Future Forest + Jobs, a group that advocates for the renewable wood energy sector, reveals that Stanback, a noted environmentalist, directed not only the millions in donations to the anti-immigration groups, but also hundreds of millions to some of the country’s leading environmental organizations.

“Let’s be clear: The Dogwood Alliance, Southern Environmental Law Center, Bill McKibben, Dr. Mary Booth and others have taken hundreds of millions from an individual who at the same time has funded some of the most virulent anti-immigrant groups in America,” said Brian Rogers, the spokesman for Future Forests + Jobs. “These organizations, which claim to fight for environmental justice and underserved communities, should be ashamed of themselves,” Rogers said.

Dr. Mary Booth of the Partnership for Policy Integrity wrote in an email to InsideSources: “[W]e most definitely do not support any kind of anti-immigrant activism or sentiment, so to hear that the Foundation for the Carolinas has been supporting these groups via the Stanbeck funding is shocking, particularly given the sickening way these ideas have been manifesting in US policy of late. I hope the pullback from supporting some of the groups as reported in the [Observer] article indicates that Fred Stanback and his advisors are re-thinking their support.”

InsideSources reached out to the Dogwood Alliance, 350.org, Natural Resources Defense Council, and Southern Environmental Law Center but did not receive any responses to the questions of whether the groups would return the Stanback funding or decline future donations.

Rogers decried the environmental organizations’ apparent lack of transparency and accountability. “For years, these activist organizations have failed to tell the truth about who is funding them. It’s past time to hold them accountable.”