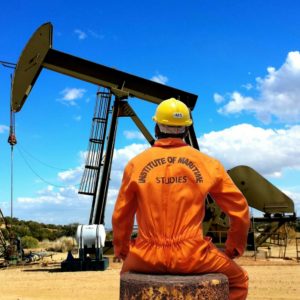 For decades, the oil industry suppressed its own research about impending climate disaster, while spending millions to convince the world that climate change was not real and working to block meaningful action to transition to a sustainable future.

Years later, the industry is still failing to come clean about the danger it poses to the planet while engaging in disinformation campaigns and leveraging its political power to sabotage measures to protect the planet.

The spin from fossil fuel industry allies in response to the recent Texas power blackouts is a prime example of ongoing dishonest energy industry tactics.  The real failure lies at the hands of industry-friendly state regulators who failed to require the entire power industry to protect itself from cold weather. But fossil fuel-friendly politicians quickly and falsely blamed renewables.

Similarly, oil industry allies falsely claim the Biden administration’s energy plans will crush the economy in oil-producing states by temporarily pausing oil and gas leasing on public lands and assessing whether the oil and gas industry is in fact paying too little for the privilege of drilling on federal lands and waters.

It’s a tired old playbook that the fossil fuel industry has tried over and over, and one that Pres. Biden’s pick for Interior Secretary, Rep. Deb Haaland, D-N.M., should ignore.

Since Biden’s inauguration, many Republican lawmakers closely echoed the talking points of fossil fuel groups like the Western Energy Alliance, which has been promoting shoddy research by a professor with a history of pro-fossil fuel work, who erroneously claimed the incoming Biden administration would create massive economic damage across western states.

This doom-and-gloom research cited and promoted by the industry doesn’t hold up to scrutiny. It relies on distorted, overly optimistic forecasts for oil prices that were conducted before the pandemic. It also failed to incorporate projections for rapidly accelerating sales of electric vehicles over the next decade, a trend that could hold down oil prices and make drilling oil unprofitable.

The Western Energy Alliance, which contributed more than $400,000 to federal lawmakers over the last three election cycles, has resorted to the standard industry playbook of wild rhetoric. Kathleen Sgamma, the group’s president, accused Biden of “calculating that he won’t pay a political price while satisfying radical climate activists” and “sacrificing the livelihoods of thousands of westerners throughout many sectors of the economy.”

The American Petroleum Institute, through an astroturf front group calling itself “Energy Citizens,” aired a misleading advertising campaign claiming that the Biden oil and gas leasing policy would curtail funding for local schools.

The industry’s claims about economic damage from Biden’s energy policies don’t make much sense, given that the fast-growing clean energy sector is rapidly adding jobs and employs 3.3 million workers nationwide, compared with 1.2 million fossil fuel jobs. The environmental entrepreneurship group E2 has found that a $99 billion in federal clean energy stimulus would create 860,000 full-time jobs for at least five years and generate $330 billion in economic activity.

That McCarthy would denounce modest measures to protect the public lands as “radical” isn’t a surprise. Over his career, McCarthy has been the recipient of $2.1 million in oil and gas donations, with top donors including Chevron and Occidental Petroleum.

In total, Public Citizen has found 29 lawmakers who denounced the Biden administration’s pause on new oil and gas leases received a combined $13.4 million over their careers from oil and gas interests.

The truth of the matter is that the fossil fuel industry is reeling. Over the past year, fossil fuel giants have faced staggering losses from low oil prices and increasing competition from affordable renewable energy. U.S. oil and gas companies are far behind their largely European competitors in diversifying their businesses to embrace clean energy.

Without a solid long-term business plan, U.S. oil companies instead choose to fulminate and distort the truth about their dim future while collecting short-term profits, often subsidized by taxpayers.

After four long years of an administration that blatantly favored oil and gas by dramatically expanding drilling on public lands and waters, and slashed public health, environmental, and safety standards, it’s time to stop listening to Big Oil and its allies. Smarter energy policies, such as the ones the Biden administration is developing, are essential and long overdue.