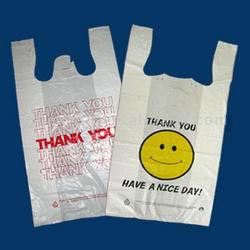 Don’t Sack the Sack! Plastic Bags Are Actually Better for the Environment

For years, shoppers had a choice: “Paper or plastic?”

But in the past decade, plastic shopping bags have fallen out of favor as environmental activists have mounted a “Ban the Bag” campaign. As a result, some cities and states have passed laws to push shoppers to use reusable bags, made from materials like cotton, hemp and polypropylene in lieu of disposable plastic. In 2014, California took the aggressive step of prohibiting retailers from giving plastic bags to customers without charging a $0.10 fee. Since then, the move to ban the bag has only gained momentum. Cities including Boulder, Col., Washington, DC, and New York, NY have created similar fees.

Earlier this summer, grocery store chain Kroger announced that it would phase out plastic bags altogether by 2025. “It’s a bold move that will better protect our planet for future generations,” said Kroger chairman and CEO Rodney McMullen.

Banning plastic bags is a dramatic gesture, but if  cleaner oceans are the goal, it’s not a very effective approach. Plastic shopping bags comprised only 1.8 percent of all litter collected in the Ocean Conservancy’s International Coastal Cleanup surveys. Bottles, food wrappers, and aluminum cans were all more common forms of litter.

Globally, plastic bags discarded by American shoppers are an even smaller part of the problem. While millions of tons of plastic debris enter the oceans each year, the bulk of it comes from just five Asian countries: China, Indonesia, Vietnam, Sri Lanka, and the Philippines. In fact, a study of plastic debris in the ocean as of 2010 found that the U.S. ranked below North Korea in terms of total plastic pollution.

The bans also demonstrate that consumers are reluctant to abandon the plastic shopping bag. This may be because, ironically, they are reused, though perhaps not formally recycled. One commonly-cited study by Apco found that 90 percent of surveyed consumers reused their plastic shopping bags as trash can liners, lunch bags, trash disposal, and for pet waste.

Meanwhile, the reusable bags shoppers are encouraged to use instead have an larger environmental impact than the plastic bags they replace.

In fact, a reusable shopping bag had to be taken on as many as 34 shopping trips to equal the environmental impact of one plastic bag that was subsequently reused. They note that survey data from Los Angeles and San Francisco shows consumers on average used a reusable shopping bag only three times, far less than is needed to overcome the greater environmental impact of its manufacture and shipment.

“Many of the regulations now in place or being considered in the United States encourage consumers to use reusable bags through banning [plastic retail bags] and imposing a fee on the use of Paper bags,” the authors wrote.

“Our results in this study show that these regulations and policies may result in negative impact on the environment rather than positive… Reusable bags should only be preferred if consumers are educated to use them safely and consistently, and reuse them enough times to lower their relative environmental impacts compared to [plastic retail bag] alternatives,” they continued.

They also warned that reusable bags should be routinely cleaned, to prevent the spread of bacteria to food. Despite the potential health risk, the majority of American consumers do not routinely clean out their reusable bags. Single-use plastic bags are, in this regard, more hygienic.

Plastic bag bans continue to appear before state and city legislators. So far, they have done relatively little to change consumer behavior. To reduce the environmental impact of the average weekly grocery shopping, it may be time to look for a new villain and leave the plastic bag alone.