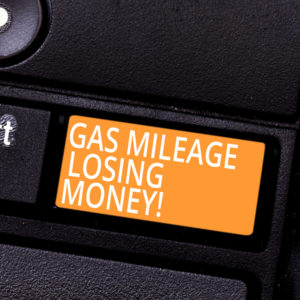 Down With Disco … and Energy Austerity

No one wears bell bottom cords anymore.  Jimmy Carter hasn’t been president — and wearing his sweater — since 1980.

But energy austerity policies premised on disco-era energy scarcity scenarios linger,  imposing costs in the name of reducing them.

One such being federal Corporate Average Fuel Economy (CAFE) standards, which have been forcing car companies to build more expensive — and less safe — cars since the 1970s, for the sake of saving gas of which it turns out we aren’t about to run out.

America exports oil, and produces more oil than any other country. The price of gas is almost a $1 less per gallon (adjusted for inflation) today than it was back in 1979.

Money, on the other hand, is a resource of which most Americans have a limited supply — and how do you put a price on their lives?

His administration recently dialed back what would have been a near doubling of CAFE’s mandatory mileage minimums to almost 50 mpg on average — not just on the highway — by 2026.

This is something only compact-size hybrids like the Toyota Prius can achieve. To get other cars to achieve it would require making most new cars like the Prius, making them much more expensive, or not making them at all.

The near-doubling of the mpg minimums — and a tripling of the “gas guzzler” fines applied to cars that don’t achieve compliance with them — were quietly passed during the waning months of the Obama presidency.

Trump opposed both and rescinded the fine-hike by executive order in 2019. His administration just applied the brakes to the near-doubling of the mandatory mpg minimums, too.

His argument that this will save Americans money rather than gas money was met with jeers from the usual suspects, including the Sierra Club and the Union for Concerned Scientists, the Los Angeles Times editorial board as well as all of the Democrats contending for the presidency.

But that’s politics — and ideology. The president has math — and morality — on his side.

The only new cars capable of achieving 50-plus mpg are small hybrid cars like the Prius. It stickers for $24,325 to start. An otherwise similar non-hybrid like the Toyota Corolla — which averages 37 mpg — stickers for $20,290 to start, a savings on the car of $4,035.

If the Prius goes 600 miles on 12 gallons of gas while the Corolla only goes 444 miles on the same 12 gallons, you have “saved” about $12 on gas — the cost of the three or so extra gallons of regular unleaded the Corolla driver had to buy to cover the same 600 miles.

At current prices — about $2.35 per gallon nationally —  around 1,739 gallons. That’s enough gas to fill up the Corolla’s 12-gallon tank 144 times — and drive the Corolla about 63,000 miles. If you bought the Prius, you will spend less on gas — but you’ll have to drive a long time before you save any money.

But CAFE has also imposed other, subtler costs on Americans, including the winnowing of choices.

Large sedans and wagons have almost disappeared and the few that are still available are almost all very expensive luxury-brand models like the Mercedes S-Class, BMW 7 Series and Lexus LS.

Before CAFE, it was common for typical Americans to drive similar cars — in terms of their size as well as their safety.

The average new car is very safe relative to the small cars of the past. But it is also less safe than the full-size, body-on-frame sedans and wagons that millions of Americans used to drive back in the 1970s before CAFE regs made them too expensive for most Americans to drive today.

Modern crash test ratings are deceptive in that they are awarded within a class — vs. other cars of the same size — not in comparison with larger cars in another class.

But a full-size car from the 1970s would cream the Five Star compact in a crash.

Most Americans used to drive Five Star cars, before the government began awarding stars. CAFE forced most of the big cars into retirement, or into another price bracket. Gas was saved.

But lives were surely lost.

The president’s decision to save them — as well as money (rather than gas money) is something you’d think safety and consumer advocates would cheer.

Instead, they jeer. Which says something about what they’re actually advocating.