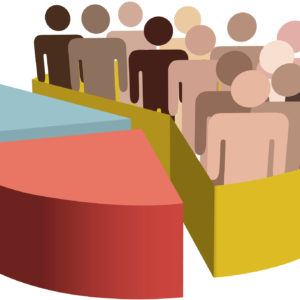 A draft executive order aimed at overhauling the visa system may indicate a potential effort to benefit Republicans by changing the census.

The draft executive order is primarily aimed at making sure domestic workers are not disenfranchised by visa programs. It also includes a provision dictating that the census will include a question regarding immigration status. The draft language is contradictory but may hint towards a plan to benefit Republicans through redistricting.

“The Director of the U.S. Census Bureau shall include questions to determine U.S. citizenship and immigration status on the long-form questionnaire in the decennial census,” the provision states.

President Donald Trump won the presidency which puts his administration in charge of the census. The U.S. Census Bureau currently doesn’t ask immigration status, so including such a provision could have a huge impact. But the language is contradictory, making the exact meaning unclear. The decennial census counts every person every ten years but hasn’t included a long-form questionnaire in nearly two decades.

“So here’s the funny thing,” Berkeley Law election expert Karin Mac Donald told InsideSources. “There is no more long form questionnaire. We did away with the long form. The last long form was used in the 2000 census. So, they cannot include a question to determine U.S. citizenship and immigration status on the long form because there is no long form.”

“The issue is, whoever drafted this is about 20 years behind,” Election Data Services President Kimball Brace told InsideSources. “We haven’t called it a long-form questionnaire in about 20 years. So, obviously, they’re not up to date on that side. What is intriguing, though, is that the new long form, or ACS, has a question on citizenship.”

The ACS already includes questions on citizenship status, and many other questions the old questionnaire used to include. The decennial census does not include such questions. Nevertheless, if the executive order meant the decennial census it potentially could have a huge impact on how voting districts are drawn.

“Now, once you have the data then yes, it does open up all sorts of avenues for mischief or gerrymandering or whatever you want to do,” Brace said. “But certainly Republicans have in the past looked at it as a way of pushing a little bit more their angle in terms of creating districts.”

Brace adds that more data isn’t necessarily bad for drawing voting districts and understanding communities. He has provided technical assistance, and advised redistricting commissions. But he says such information could be abused.

Gerrymandering is the process of drawing voting districts to unequally benefit one political party. The immigration questions could reveal a lot depending on how extensive they are. It could be used to identify communities with immigrant populations or even immigrants or first generation Americans that are now citizens and can legally vote.

“It’s possible, it really depends on how they word the questionnaire,” Brace said. “It’s not spelled out here, but certainly if someone wanted to move in that direction, there is something that could be said for that.”

“The real harm comes from the under-count,” Brennan Center for Justice senior counsel Michael Li told InsideSources. “States that have large numbers of immigrants, if the immigrants chose not to answer the question, they don’t get counted, so the state has a fewer number of people when it comes to allocating congressional seats.”

Li adds its also unlikely that the executive order is some scheme to benefit the right. Republicans are likely to get hurt too if immigrants suddenly stopped taking the census. Texas, for instance, has gained four congressional seats over the last decade because of their population growth which was driven by immigrants.

Republican intent, and its potential consequences, may not matter at the end of the day. A plan to include citizenship on the census faces a constitutional conflict and intensively litigated case law. The U.S. Constitution dictates under the fourteenth amendment that all persons in the country have to be counted.

“The question of who gets counted goes back to the fourteenth amendment under the equal protection clause,” Mac Donald said. “It doesn’t really matter whether they’re brown, gray, green or what their immigration status is. All they’re asking is the number of persons.”

The courts have been clear that the purpose of the census is counting everyone. The census is not designed to check citizenship status. The U.S. Supreme Court is on the verge of filling an empty seat, however, and there is no guarantee this issue won’t be brought up again.

“You do run into the potential of the fourteen amendment, and there is the argument that the Supreme Court has cut off the avenue in terms of citizenship,” Brace said. “So it may be that this would be too late given where the Supreme Court is but, keep in mind, that was a close decision and now we have a new potential member depending on confirmation.”

The U.S. Census Bureau has already been preparing for the next decennial census which will be held in 2020. The data collected will determine how voting districts are drawn in 2021.

The White House did not respond to a request for comment by InsideSources.