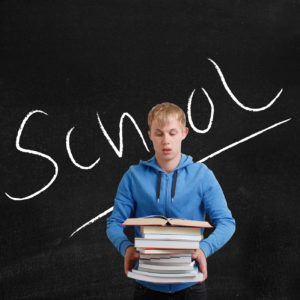 Leading dropout prevention indicators used by schools may do a bad job of identifying English-language learners (ELLs) in need of intervention, according to a new government study released this week.

The report, which was issued by one of the research arms of the federal Department of Education, tracked statistics from six school districts in Washington State, including Seattle Public Schools. Each of the districts is part of the Road Map Project, a collaborative initiative aimed at increasing graduation rates and student achievement.

The study looked at nearly 10,000 students who enrolled in 9th grade for the 2008-2009 academic years. The researchers then collected data to determine whether they graduated in four years, five years, dropped out, or moved off the rolls (either because they moved to another district, left school to pursue a GED, or because the data was incomplete).

The goal for the researchers was to compare those student outcomes with the metrics the districts use to identify students who are at risk of dropping out in 9th grade, with a particular eye to seeing how effective those measures were for ELLs compared to the average student. The districts used two indicators to determine if a student was at risk: 1) the student had been registered absent six or more times and failed at least one course in 9th grade, or 2) the student had been suspended or expelled at least once.

Overall, the report found that the indicators recommended by the Road Map Project, while similar to those used by many districts nationally, were not particularly effective, for ELLs or even native speakers. For all students, the researchers agued that the indicators lacked precision, meaning too many students were labeled drop-out risks who never actually dropped out, making it more difficult for the districts to marshal their resources to target interventions.

Furthermore, the indicators were especially ineffective at identifying a specific subset of ELLs: those that had managed to master English by 9th grade, rather than those ELLs who had not yet achieved English proficiency by that year.

The distinctions in the findings between current ELLs and former ELLs was significant because many studies fail to differentiate between those student groups, according to the researchers. While students who were current ELLs in 9th grade only graduated 53 percent of the time in four years, 75 percent of the former 9th grade ELLs earned a diploma—higher than the 73.5 percent of native English speakers.

In other words, the indicators used by the districts flagged too many students who were former English-language learners and who were more likely to go on and graduate. To the extent that the Washington state findings are relevant to other school districts around the country, the researchers argued that educators should work to develop better indicators for those students.

Finally, a silver lining of the study demonstrated that while 9th grade current ELLs were at high risk of failing to graduate in four years, their graduation rates went up dramatically when a fifth year was counted. The graduation rates for those students went up from 53 percent to 65 percent, a higher increase than any other subgroup. The researchers argued that schools should do more to council those students to prepare for a five-year stint in high school to ensure they earn their diploma.

The study was limited by its geographic scope and by incomplete data. While some progress has been made in this area, more work needs to be done to gather information and develop better indicators to mitigate dropout trends that have long beleaguered some American school systems, according to the study. The focus on chronic absenteeism more broadly, and dropout prevention specifically, is expected to continue as states develop their federal accountability plans and set goals for graduation rates in the coming months.