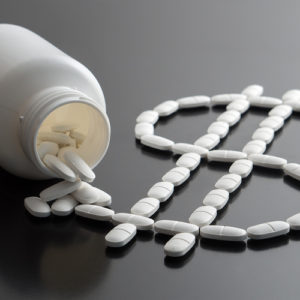 Drug Price Controls Are a Quack Cure for High Prices

Medical drugs may not necessarily be panaceas, but they do provide precious refuge to some of the worst, pernicious diseases in the modern era. But to most, prices for pharmaceuticals are confusing, indirect, and seemingly too high. Sen. Sanders (I-Vt.) and Rep. Ro Khanna (D-Calif.) have recklessly resolved to “do something” about this issue by introducing a bill requiring that drug companies either tether their prices to drug prices in other developed countries or lose their market exclusivity (intellectual property).

The bill piggybacks off of the Department of Health and Human Services’ (HHS) existing proposal to implement something called “international reference pricing,” which would use drug prices from other developed countries as a reference point for what Medicare pays for drugs on behalf of beneficiaries. While tethering prices to an international pricing index may sound reasonable, drastically cutting drug prices by government fiat would only decrease the availability of novel, life-saving drugs. Patients would pay more down the line, and innovation would be stifled as fewer options lead to poorer health.

Rep. Khanna’s argument for price fixing sounds fair enough on the surface: “There is absolutely no reason for the big pharmaceutical companies to make Americans pay higher prescription drug prices than they charge our friends in Canada, Germany, and the UK.” HHS notes that, “The Medicare program and its beneficiaries currently pay more for many high-cost drugs than many other countries.” This is undoubtedly true; European and Asian countries that Rep. Khanna and HHS are comparing America to do pay a far lower price for their medications. But, looking deeper, Khanna’s argument falls apart because for citizens of these countries, the artificially-low prices result in far fewer options that Americans take for granted.

Take, for example, statin medications, which are designed to keep cholesterol in check for patients at high risk for heart disease. In the United States, a middle-aged patient with a family history of heart disease and/or high cholesterol will typically be prescribed a statin, a lifesaving class of medication with few side-effects. According to the latest, most comprehensive review of the evidence on statins published in the Lancet in 2016, “statin therapy [significantly’ reduces the risk of major vascular events,” with very few documented, significant side effects. Even newer data published in Urologic Oncology finds that statin use results in a 34 percent decline in death from any cause over an 8 to 16 year period, even taking into account things like age, race, and specific health conditions.

Despite these powerful, proven findings, only 42 percent of Europeans 50 or older with previous or current heart disease are taking statin medications. While it’s hard to find a direct comparison, US Medical Expenditure Survey data shows that, in the US, “58% of people [Americans] aged 30–79 years with coronary artery disease,” use a statin. Why is there such a gap in uptake, given the overwhelming evidence that statins are a potent tool in the fight against heart disease? In 2018, nearly forty percent of surveyed European pharmacists cited heart disease medication shortages as a significant problem. Perhaps as a result, European doctors are far too selective about who they give statins too. The European Society of Cardiology (ESC) chairman Ian Graham says it best: “The American approach would mean considerably more people in Europe being on a statin.”

Whether for apples, concert tickets, or life-saving medications, shortages tend to happen when prices are set way below market. The problem has gotten so bad in Europe that, even when patients are prescribed medications, they can’t get access to them and must turn to the black market. In 2005, UK and Dutch authorities seized dozens of packs of counterfeit Lipitor; “According to the British Association of Pharmaceutical Wholesalers, the copies entered the supply chain because of a product shortage of Lipitor…”

So, while medications may be more expensive in America, the prices we pay (mainly through government and private insurance) ensure that pharmaceutical firms will continue to supply the American market freely. Low government-dictated prices would cut off that generous supply and trigger a collapse in the research and development spending that makes new, vital medications possible. These drugs may not be the end-all-be-all for patients suffering from a long list of ailments, but they sure can be a useful tool. To save these patients and maintain their quality of life, policymakers need to make sure that markets- not government- dictate drug prices.

Taxpayers and consumers should beware of false promises from Sens. Khanna and Sanders and the HHS. Moving forward with price fixing is reckless and dangerous for patients who need life-saving (or enhancing) drugs.