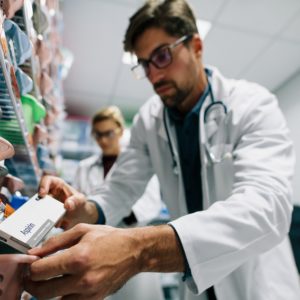 As many Americans have come to realize, the federal government rarely has the answers to America’s most pressing issues. But on the key issue of high (and rising) drug costs, the government – specifically the Department of Health and Human Services (HHS) – thinks that it can wave a magic wand and bring prices down in one fell swoop.

In October of 2018, HHS released a proposal for an International Price Index (IPI) that would tether Medicare Part B drugs to an average or “index” of prices that other developed countries pay for their drugs. This misguided idea isn’t limited to HHS. Recently, Sens. Rick Scott (R-Fla.) and Josh Hawley (R-Mo.) introduced legislation forcing drug producers to link their prices to prices charged in “other industrialized countries.” Since the countries to be included in proposed indices resort to price-fixing and government-centric medicine, prices on paper are far lower – even if patients in those countries pay the price with drug shortages and diminished innovation.

Regulators and lawmakers downplay these concerns and fail to consider unintended consequences that could actually increase healthcare costs down the line. There are plenty of potential reforms that could increase the quality and decrease the cost of care, but IPI is a quack cure for America’s healthcare woes.

Increased medical costs are a problem for everyone, ranging from patients to physicians to hospitals. But for the doctors at small clinics that purchase medications which will be administered to their patients, fair, predictable compensation policies can make all the difference between a shuttered practice and a thriving one. According to data from the Medicare Payment Advisory Commission, Medicare Part B drug spending by physicians grew by an average of 9 percent per year between 2010 and 2016.

But, physicians are reimbursed by Medicare at an amount equal to the average sales price of the drug and a 6 percent “add-on” fee. The IPI proposal would end this direct, price-based reimbursement, shifting payments away from doctors and instead reimbursing new, middle-men vendors who would then sell and distribute the medications to doctors. Doctors would continue to get an “add-on” fee, which insulates physicians from the large variation and volatility in prices for the same drug across the country. But the current 6 percent approach will be scrapped in favor of a flat fee either per month or per patient encounter.

Unlinking the relationship between this add-on fee and underlying drug prices will prove disastrous for small physician practices across America. Paying doctors per patient encounter discourages practices from having a small number of patients but spending time carefully considering the treatment needs of each patient. Large “quick-in-quick-out” facilities will rack up these new flat fees, exacerbating the trend of small clinics folding into large hospitals.

In itself, hospitals getting bigger isn’t an issue. Hospitals can exploit efficiency, bulk buying, and doctor agglomeration to deliver exceptional service to patients. But too much consolidation driven by poorly thought-out regulations could deprive patients of the extended, personalized doctor’s visits essential to treating many maladies. This artificial consolidation can in turn drive up costs, since insurers and individual payers have less providers to negotiate with. Merging providers can lead to costs jumping anywhere from 10 to 40 percent.

Instead of burdening small clinics with whimsical fee structures and new middlemen to deal with, lawmakers and bureaucrats should look to ease regulatory costs. Streamlining the Food and Drug Administration approval process for lifesaving new medications and medical devices can create large savings for practices and patients alike.

Even the FDA’s “streamlined” approvals take 6 months and cost billions of dollars.  And, studies show that the agency is far more conservative than it needs to be. There may not be a panacea for high costs, but regulatory reform is a far better alternative than proposed reference pricing. Hospitals, clinics, doctors, and patients alike need a dynamic, innovative system, not price-controls that increase costs anyway.